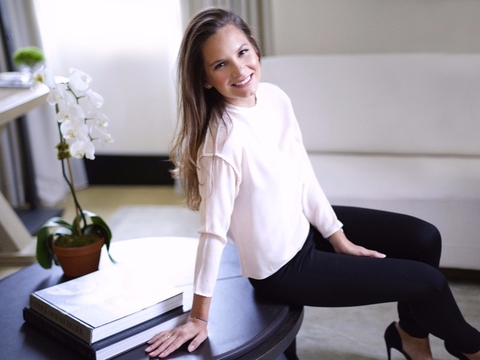 ZappRx, which started in 2012, has raised $41 million in venture capital funding, just closing on $25 million in April.

When not taking boxing lessons or doing laps in a race car, ZappRx's CEO Zoë Barry is getting her adrenaline another way: speeding the process of getting specialty prescriptions to the very ill.

Barry’s inspiration to start ZappRx came after her brother was diagnosed with severe epilepsy and in need of specialized care and therapy. She said obtaining prescriptions was a nightmarish ordeal involving reams of paperwork and long wait times.

Working largely with venture capital backing, she had designed for her a cloud-based software system that, she said, cuts the time between when the medicine is prescribed and the patient receives it from over a week to 48 hours.

Her system is not for epilepsy, though. She took a different path when she found out people with pulmonary diseases “were the most onerous to get prescriptions through,” with 20 to 40 pages of documentation needing to be processed.

ZappRx, which started in 2012, has raised $41 million in venture capital funding, just closing on $25 million in April.

Her biggest challenge “is getting to market fast enough to meet demand.” Revenue comes from licensing the system to both sides—the prescriber and the pharmacy.

Only 32, this millennial CEO can have trouble with hiring, making sure those brought on will respect her. She will hire at the vice president level and then let those hires build their teams. “They have to be comfortable answering to someone younger than them,” Barry said.

General respect can also be an issue. It helps that half of the people on her management team are women.

She admits to mistakes, including “learning to share.” The company is her baby and it can be hard giving up parts of operations, she said.

Her career advice is, “Ask a lot of questions, seek someone who will take you under their wing and always push yourself.”

Pushing herself harkens back to when she was a teenager. Barry swam competitively and practiced 20 to 30 hours a week. “It teaches you how prioritize and time manage,” Barry said. “It was up to me to sink or swim.”