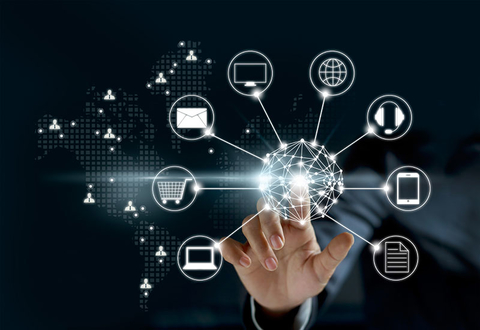 Employees need to keep up with technology’s impact on jobs and the workplace. (ipopba/iStock/Getty Images Plus/Getty Images)

CEOs have a motivated workforce that is willing to learn new skills to keep pace with technological advances.

Instead of letting the new age pass them by, these workers recognize staying abreast will help them keep their jobs and many have a distinct interest in technology, said PwC, which conducted a survey on the subject.

There are two ways of looking at the survey, said Jeff Hesse, who coleads the People and Organizations practice at PwC.

"The positive view is, 'How can I continue improving my skills,'" he said. "The flipside is more fear, which can actually be a positive motivator."

Almost three-quarters (74%) of people surveyed are ready to learn a new skill or completely retrain to keep themselves employable, seeing it as their personal responsibility and not employers, to keep their skills updated.

The findings are from a survey of 10,000 people across the US, UK, Germany, China and India. Their views reinforce a shift to continuous learning while earning, so employees can keep up with technology’s impact on jobs and the workplace.

The report examines four kinds of work in 2030, to show how competing forces, including automation, are shaping the workforces of the future.

“The reality of life-long learning is [effecting] today’s workforce—no matter what age you are,” said Carol Stubbings, partner and joint global leader for People and Organization at PwC, in the survey.

The report found that 60% of respondents believe few people will have stable, long-term employment in the future. People are shifting from a qualification that would last a lifetime to thinking about new skills every few years, matched with ongoing development of personal skills, such as risk management, leadership and emotional intelligence.

While respondents to the survey were positive about the impact of technology, with 37% excited about the future world of work and seeing a world full of possibilities, there is still concern that automation is putting some jobs at risk. Overall, 37% of respondents believe automation is putting their job at risk, up from 33% in 2014. And over half (56%) think governments should take action needed to protect jobs from automation.

“Anxiety kills confidence and the willingness to innovate.” Jon Williams, partner and joint global leader for People and Organization at PwC, said in the survey. “With a third of workers worried about the future of their jobs due to automation, employers need to be having conversations now, to include workers in the technology debate.

This will help them to understand, prepare and potentially upskill for any impact technology may have on their job in the future, Williams said. “The shift is nothing less than a fundamental transformation in the way we work, and organizations must not underestimate the change ahead.”

The survey presents four future scenarios for work in 2030, to demonstrate the possible outcomes that might evolve over the next 10 years due to the impact of megatrends, artificial intelligence, automation and machine learning. It examines how workforces in each of these worlds would have adapted, as well as how technology is influencing how each of the worlds function.

“None of us can know with any certainty what the world will look like in 2030, but its likely facets of the four worlds will feature in some way and at some time,” Williams said. Machine learning and AI will help us do a much better job of workforce planning in the future, but we can’t sit back and wait for the future of work to happen. Those organizations and workers that understand potential futures, and what each might mean for them, and plan ahead, will be best prepared to succeed.”