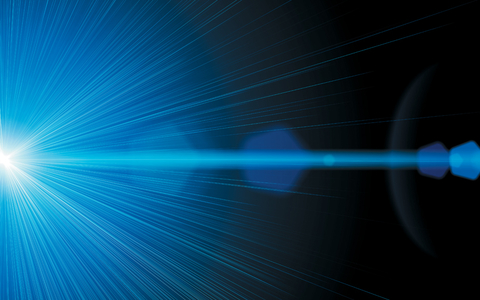 Women may not be taking part in the tech boom. (Getty Images)

While the dearth of women CEOs is getting attention, there is another area—technology—in which their presence is also lacking.

Women are not only underrepresented, but the more senior the position, the fewer women are in it.

That’s the conclusion of recruiting automation platform Entelo, which released a report quantifying where the tech industry currently stands in terms of gender disparity by job title, region and seniority by utilizing a database of more than 450 million candidate profiles.

"As an executive in a field that is male dominated, I know embracing female empowerment is imperative. It drives innovation and performance, and it allows us to value the full human capital available to our communities and businesses,” said Avani Desai, principal at Schellman & Company, a security and privacy compliance assessor.

“I believe it starts with organizations who genuinely crave to see change for the betterment of women and agree to serve as agents of change,” Desai said. “This means men and women need to examine and acknowledge our own inherent biases, with the pledge to transform them. Change happens when men go beyond mentoring and start promoting qualified women. Men need to no longer sit on the sidelines—but refuse to sit on boards or panels that don’t include one woman. Men need to be empowered by the goals of diversity in the profession, not threatened by it.”

“When I look at the idea of women in leadership roles in tech companies, I feel like I run a risk in even commenting,” said Sally Daub, CEO of Enlitic. “I either create a narrative that may be perceived as treating women like victims, or I come across as downplaying what continues to be a serious issue: the severe lack of women in the most senior leadership positions at our biggest companies.”

But “I also have a different perspective—as an investor and board member and CEO—I see all around me rising women entrepreneurs and executives. When we look at the largest companies and ask ‘where are the women,’ I say, look harder. I see them. They're entrepreneurs,” Daub said. “We need to keep encouraging and pushing them, in business, in education, in STEM roles, and as entrepreneurs. Because it's working. They're out there and they're building companies.”

Women are “vastly underrepresented in the global technology workforce,” said Jo Stewart-Rattray, board director of global technology association ISACA. “This is not only a societal concern, but a workforce problem, given the critical shortage of skilled technology professionals faced by many enterprises. Promoting and providing career advancement programs for women will ensure that the long-overdue process creates opportunity for women to be equally represented in the technology industry. From both a societal and workforce perspective, the lack of women in technology is concerning and is everyone's responsibility: men, women, employers, educators and industry associations like ISACA.”

“Why do women who work in tech often not carry senior-level titles?” asked Fang Yu, chief technology officer at DataVisor. “The tech industry still has some work to do when it comes to offering equal opportunities across genders. We need to actively close the gender wage gap, and make sure that there is adequate female representation in leadership positions.”

At the same time, “Our objective is to not only give women the opportunity to advance within DataVisor, but also broadcast their success externally to inspire other women pursuing tech careers and change the perception of tech as a male-dominated field,” Yu said.

Karen Drexler, CEO of Sandstone Diagnostics, said her company’s R&D staff is currently 60% female. “Some of our scientists are looking to advance as technologists, and some aspire to build their management credentials along the way,” Drexler said. “It is essential that we work with each individual, female or male, to determine career goals and help support skill development.”

In Drexler’s experience, “women aren't always as proactive about reaching for positions if they don't already meet all the requirements.”

Men, on the other hand, “tend to apply for positions if they meet even a few of the job requirements,” Drexler said. “As managers, we can encourage women to apply for jobs they might want as they will sometimes be the best candidates. As our business grows, and with it the complexity and number of projects, we want to be in a position to build leadership from within the team. Encouraging women, helping them see how their skills can apply to new and bigger roles, will help them and the company.”

“It’s a tough topic, but a very real one,” said Gurinder Ahluwalia, CEO of 280 CapMarkets. “This version of the tech industry is only about 30 years old, so there’s a lot of growth and changes still to come. For women currently pursuing jobs in the tech industry, how can we, as professionals, collectively work to increase the number of women who hold positions in the field? Leadership needs to take a more proactive stance in recruiting, hiring, and retaining women, with the perspective that it will directly benefit the company both on the top and bottom lines.”