Why is Larry Ellison ‘betting the farm’ on hydroponics? 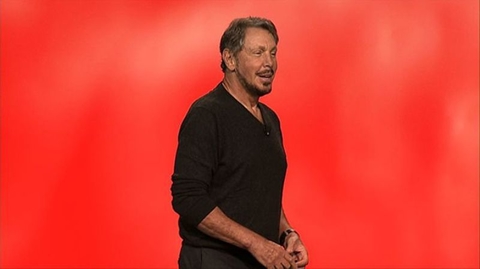 How are you going to keep them down on the farm after they’ve seen Silicon Valley? That’s not a problem, if you are talking about Larry Ellison, who co-founded Oracle 40 years ago in Redwood City, California, and is said to be worth about $60 billion. The tech kingpin now plans to use his Hawaiian island of Lanai as the first step toward transforming agriculture as we know it by growing fresh produce using automated hydroponic cultivation inside a $15 million greenhouse operation, according to an August 6 report by the Honolulu Star-Advertiser.

Hydroponics is a subset of hydroculture, which is the growing of plants without soil in an aquatic-based environment.

In an interview with the local news outlet, Ellison said he and his team “think we can transform agriculture” with the Lanai Farms project, which will rely on renewable energy to grow tomatoes, lettuce, cucumbers and herbs. He says his crops will result in the “highest-quality food at the lowest prices” grown on the island, where the land was once primarily used as a pineapple plantation.

He also told the newspaper that his team is working with the University of Hawaii—which has a class, Horticulture 263: Non-circulating Hydroponic Methods, as well as a farm in Hilo and a store—devoted to the new growing method.

What’s more, Ellison has applied for a $10 million grant from the National Institutes of Health to research the nutrition and conservation work to be done at his new farm complex, which will include 10 greenhouses—each an expansive 20,000 square feet in area.

Ellison told the Star-Advertiser that the $75M renovation of his Lodge at Koele—a resort that will feature spa and fitness amenities—will transform the hotel into a wellness retreat that will include more than the typical spa features, such as nutritional consultations and meditation.

Ellison bought 98% of Lanai in 2012 for about $300 million from fellow billionaire David Murdock of Dole, as well as hospitality company Castle and Cooke.