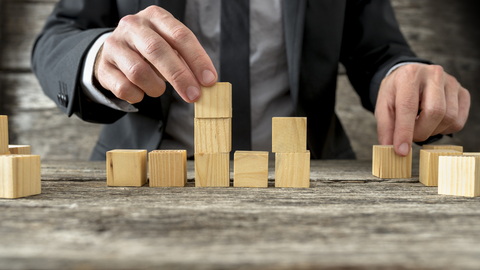 Some startups are finding that the “easiest way to go big is by going small” through microservices, a disruptive approach to enterprise technology, said Matt Miller, a partner at venture capital firm Sequoia Capital.

Speaking with Peter High, president of Metis Strategy, a chief information officer advisory firm, in a Forbes Q&A, Miller defined microservices as “taking what may have been a large traditional application and breaking it into many smaller autonomous pieces,” which “operate uniquely across the different use cases you have.”

Going small makes companies more scalable, faster to replicate and more resilient because if one piece fails, the rest of the system can continue operating, Miller continued.

Microservices are disruptive because they’re a new layer of abstraction, or “a more defined specialization of labor,” and historically these layers have improved quality while reducing production time and costs, he said. Miller cited the evolution of technology from mainframes to client servers to cloud infrastructure to virtualization as an example of adding layers of abstraction.

“From the Sequoia point of view, each time these layers of abstraction or one of these shifts occur, tens of billions of dollars of new market cap are created in new companies and new vendors to help fuel and support companies looking to adopt the new paradigm,” Miller said in the article. “That is why we are excited about microservices and think it is so disruptive.”

Microservices aren’t just for startups, though. Established companies can transition to them also. To do it, companies should start with a small part of their older technology and dedicate a team to working on it, he said. Second, companies need to plan. This includes evaluating whether applications need to be microservices. When they would benefit from the transition, break off the pieces iteratively, Miller added.

“Some of our portfolio companies that have made the switch first took one component and broke it into a separate microservice,” he said. “When the whole monolith worked as is, they added a second, a third and then a fourth. Then they went from four to eight. Then eight to 16. Pretty soon they had broken up their entire product offering into over 100 microservices. The important thing is they went slowly and iterated.”

Security is a crucial part of any technology conversation, as companies such as Equifax, which recently experienced a significant hack, can attest to. As microservices add complexity, vulnerabilities increase, Miller said, but companies such as Google are adapting to that by “moving to protecting their core individual pieces and not counting on a reliable perimeter,” he said. Additionally, some vendors focus on microservices security.

“A lot of people are spending time considering how they should monitor microservices because we have gone from one heartbeat to lots of small heartbeats,” Miller said. “It is important to know what all the pieces are doing and the health of each piece.”

Looking forward, he predicts that in the next five to 10 years, one or two more multibillion-dollar companies will emerge to focus on microservices monitoring. “There are a lot of great opportunities in this space to build some great businesses,” he said.