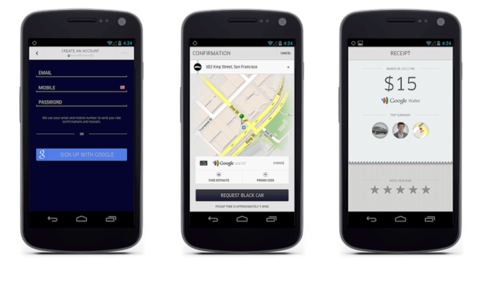 Federal authorities are investigating whether Uber used software to interfere illegally with its competitors. (Image: Uber)

Federal authorities in New York are investigating whether Uber Technologies used software to interfere illegally with its competitors—notably, Lyft, The Wall Street Journal reported on Sept. 8.

The investigators are looking into a defunct Uber program, referred to internally at the company as “Hell,” that the ride-hailing firm allegedly used to create fraudulent customer accounts. Under those account names, Uber would then supposedly contact Lyft for rides to a variety of local destinations—and then track the fares that Lyft was charging for its routes.

Once Uber had collected data on Lyft’s fare system, Uber was able to offer cash incentives to the Lyft customers to switch providers.

The probe, which is being conducted by the Federal Bureau of Investigation’s New York office in cooperation with the U.S. Attorney’s Office for the Southern District of New York (SDNY), is looking at several questions—among them, whether “Hell” enabled Uber to get unauthorized access to computers, a person briefed on the investigation told the WSJ.

“We are cooperating with the SDNY investigation,” an Uber spokesperson told the business news outlet. He declined to

Competition is hot in the ride-hailing sector—and looks to get even more hot-tempered as the two firms now ramp up operations. Both offer perks for their drivers and customers in every major U.S. market. To keep its drivers happy, Uber recently added a tipping option that it had long resisted and is continuing to tweak its app.

Uber is facing similar scrutiny on the West Coast. The U.S. Attorney’s Office for the Northern District of California is working with the FBI to take a closer look at Uber software known as “Greyball,” which supposedly has helped the company’s drivers to evade local transportation regulators, the Journal said. Uber spokesperson declined to comment on the latter investigation. The news of both inquiries comes just days after former Expedia CEO Dara Khosrowshahi agreed to take the helm at Uber.