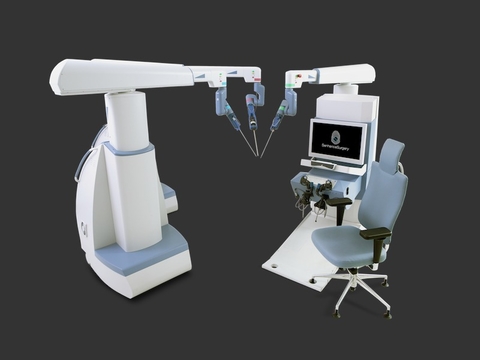 TransEnterix CEO Todd Pope is bringing robotics into the operating room in the form of high-tech laparoscopic surgeries.

Laparoscopic surgery is a procedure that uses small incisions—0.5-1 cm—and long, pencil-like instruments to perform operations using a camera. What TransEnterix is doing, through its Senhance surgical system, is putting a robot interface between the surgeon and the patient.

“Instead of relying on human control of instruments, the surgeon has robotic control, which makes the procedure steadier and more predictable,” Pope told FierceCEO.

“Laparoscopic surgery has been around for 30 years and the next step for it is to add robotics, given the comfort level there is with technology,” Pope said.

Based in Morrisville, North Carolina, TransEnterix was started in 2008 by Dr. Richard Stack and Bill Starling, CEO of Synecor, LLC, a business generator and financial incubator of new medical device companies.

The two men brought in Pope to run operations that same year. Pope came to TransEnterix from Cordis, where he was worldwide president of the multibillion-dollar division within Johnson & Johnson’s medical device sector. He previously held a number of leadership positions within J&J and Boston Scientific.

Leaving Cordis, a highly successful, well-established medical device company, for a startup was not a difficult choice, Pope said.

“The vision here was so exciting,” he said. “It was a one-time opportunity to start something like this from scratch.”

TransEnterix started a venture-backed operation, raising $75 million in several rounds of funding, then went public four years ago. Its device is approved for gynecological and colorectal procedures. TransEnterix recently applied with the Food and Drug Administration for its system to perform gallbladder and hernia operations. Approval would double the company’s available market, Pope said.

Pope said TransEnterix has only one other competitor, Intuitive Surgical, which has been around since 2000.

Pope sees some distinct advantages for his own company, which very recently received FDA approval to perform procedures in the U.S.—until now, it had only sold overseas,  with12 placements in total.

“It’s incredibly exciting to be able to have another platform,” Pope said. “We just started putting sales reps in the U.S. and surgeons who have done the procedures in Europe are flying over to conduct training.”

TransEnterix has landed its first U.S. customer for a Senhance, which goes for about $1.5 million. Surgeons at Florida Hospital in Orlando are currently being trained in its use and will start performing procedures shortly, Pope said.

Things that aren’t in our direct control.

It always takes longer and more money than you thought, but that’s okay.

Make sure they know their day-to-day activities matter.