Training goes virtual but is not without pitfalls 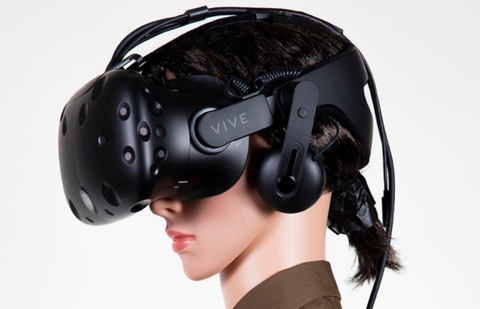 Some human resource teams are bringing VR into the office. (HTC)

We’ve all sat through training sessions during which we paid more attention to the clock than to the presenter or material. Companies recognize that and are looking to make the experience more engaging by using virtual reality.

The Navy is using virtual reality to train crews for deployment on ships of the future, according to a recent Digital Trends article. The Littoral Combat Ship Training Facility lets crews train before ever leaving dry land, reducing or even eliminating some of the on-the-job training they need aboard a ship at sea.

The facility has eight ships, but mechanical problems have plagued them and the Navy recently decided to reboot the training and testing regimen of the fleet, which came in years late and over budget, the article adds. While the ships are out of commission, the service has turned to the facility’s virtual simulators—a program that has brought so much success that a second campus is planned for Mayport, Florida.

Captain Jordy Harrison is the former commander of the guided-missile destroyer Halsey. “I want crews to make their mistakes in the classroom and the simulator here before they come aboard the ships to prove their capabilities,” said Harrison. “I was a healthy pessimist of this program before I came to the squadron, too, but they’ve made changes. It’s paying off.”

Another industry is also using virtual reality to get training to really sizzle. Fast-food chain KFC offers a virtual reality training game that “makes frying chicken seem like a life or death struggle,” according to an IGN article. Trainees try to escape a locked room by finishing the eatery’s cooking process, “but it doesn’t look like there’s any way to unlock the secret of the 11 original herbs and spices,” the article states.

The technology also lets people who see their jobs as low-level and boring reframe the image of their employers to cutting-edge companies, added Jason Jerald, co-founder of NextGen Interactions, a virtual reality consulting firm.

Walmart, the country’s biggest private employer, is putting a virtual reality training program in its 200 Walmart Academies. It “immerses mostly mid-level employees in rare scenarios that would be costly to recreate, such as holiday rushes, spills and other disruptions,” the article states, and Senior Director of Central Operations Brock McKeel told Wired that employee engagement increased as a result of the training, even among employees who merely watched co-workers participate in the simulation.

“The idea is immersing your future employee in the job,” Tuong H. Nguyen, a principal research analyst at IT advisory firm Gartner, told Wired, comparing the experience to the difference between reading about or seeing a film of a sunset and seeing a sunset firsthand.

There is a potential pitfall to using virtual reality, the article adds: “The pseudo-reality of VR could ultimately mean that an employee’s increased engagement and job satisfaction may stem from things they haven’t experienced for ‘real.’”