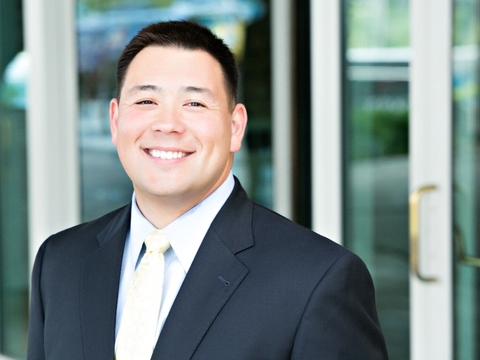 As Tom McAndrew prepares to take over as Coalfire’s CEO this weekend, he wants the cybersecurity advisory services provider to maintain its entrepreneurial way of operating.

That entrepreneurial spirit has kept McAndrew with Coalfire for 12 years and, he said, working on projects for some of the biggest companies in the U.S.

“I wanted to be a CEO one day, but I didn’t know when it would be,” McAndrew told FierceCEO.

He thought he would stay at Coalfire for 2 to 3 years, soaking up cybersecurity knowledge, but the environment drew him in.

“It’s been fun being in cybersecurity,” McAndrew said.

He sees cybersecurity starting to come into its own as a mainstay part of society.

“It’s going from a niche to something everybody’s talking about,” McAndrew said.

Coalfire provides security services like going into a company after there has been a hack and going into a governmental agency to see that a risk has been managed effectively.

“It’s becoming much easier to be a hacker,” McAndrew said. “Tech is changing with great frequency. It’s a very challenging technological environment.”

As for taking his company into the next phase, McAndrew said, “I’ve grown up in this culture and part of stepping into this role is really being a thought leader and industry leader.”

He wants “to make Coalfire a great place to learn and work.”

One reason to keep a positive atmosphere at Coalfire is to hold on to staff. People come in for 2 or 3 years and become “very marketable” and leave Coalfire, McAndrew said.

So, fun is a component of operations, as is bringing staff to the main Denver office and sending others to meet with each other.

“It’s a collaborative culture,” McAndrew said. “We put a lot of value in meeting face-to-face.”

Every new hire is flown to the Denver headquarters. They spend 2 days where they meet with executives and fellow staff and get themselves acclimated with operations.

More seasoned staff, those that work in the same division, but not necessarily the same office, are sent to a location—the last one was Scottsdale, Arizona—to collaborate on ideas, share best practices and generally bond.

“It’s my role to create the culture and let it rise,” McAndrew said.

In the CEO role, McAndrew is replacing Larry Jones, who served as chairman since 2012 and CEO since 2015. McAndrew was most recently chief operating officer.

His experience leading teams in sales, service delivery and technical testing, as well as providing general oversight on operations, including financial, human resources and marketing initiatives, position him to be a highly effective CEO in further expanding Coalfire's market leadership in cybersecurity and risk advisory services, the company said in a statement.

What is a key opportunity for new revenue?

Listening to our customers.

The pace of change in technology.

What do you know now that you wish you knew 5 years ago?

There are no smart people. Everyone can be successful.

What is your favorite question to ask a job candidate?

What are their favorite hobbies. And ask two or three follow-ups of why.