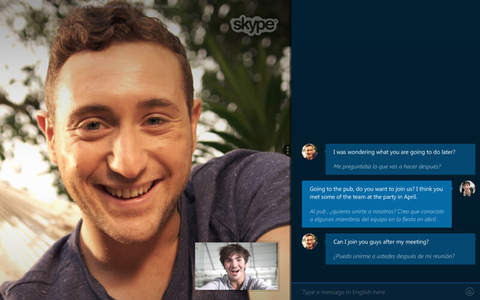 Twenty years ago, none of us could have imagined receiving an employee review via a teleconferencing program such as Skype, or organizing a brainstorming meeting over Slack or Zoom. Now it happens every day, as more and more companies—especially small and medium-sized firms—choose to enable employees to work remotely.

In fact, last year, 43% of employed Americans said they spent at least some time working remotely, according to a survey of more than 15,000 adults by Gallup.

And the numbers are growing: The share who said they spent a day or less per week working remotely shrank substantially from 2012 to 2016, falling to 25% from 34%. On the other hand, the share that reported working remotely four to five days a week grew by nearly the same amount, rising to 31% from 24%.

And if a company is small enough, it might make sense to eliminate the office space—and costs for rental, HVAC, furniture and office supplies—completely.

Automattic, the company that owns WordPress, recently put its trendy, converted-warehouse office in San Francisco up for sale after realizing that its employees, all of whom have the option of working remotely, rarely went there. The office was essentially a co-working space, according to a report by Quartz—and in fact, the company offers employees stipends to work out of commercial co-work spaces or even coffee shops.

Having a remote staff can be a good fit for many companies, according to a July 26 report by ABC News. Among the advantages: It expands the geographic pool of job candidates and reduces a company's overhead. But it has disadvantages, too—among them, the risk of personal and professional isolation that is inherent in telecommuting.

To tackle that, “meeting up” is a priority at Automattic, the company said on its site.

“If you join our merry band, expect to travel three to four weeks per year,” the company website says.

“This has been amazing for the company in that we can attract and retain the best talent without them having to be in New York or San Francisco or one of the traditional tech enters,” Mullenweg said, adding, “So far this model has worked extraordinarily well, and we plan to continue it.”

He also believes in frequent electronic communication for his troops—but email is not at the top of his list.

“I think email is definitely on its way out, between things like [my own ‘superblog’] P2; and [workplace chat tool] Slack … Email just has so many things wrong with it. I've never heard anyone who [has] said they love email, they want more of it—have you?”

It’s no surprise that Mullenweg rhapsodizes on the usability of P2.

“Imagine if, in your company, instead of email, everyone could post and comment on a blog,” he said. “Different groups or teams could have their own space on it, but fundamentally everything was tagged and traceable and transparent. That's kind of what P2 looks like.”

But not everyone agrees. Just this May, IBM, a pioneer in telecommuting, called all employees back to the office in order “improve collaboration and accelerate the pace of work,” according to a report by Fox Business News.

According to Fox, the company’s backpedaling on telecommuting has stunned longtime IBMers, including Marketing Manager Ron Favali. The 15-year company veteran—who has been able to work from his home office in Tampa for the past 12 years—considered himself “a remote-work success story.”

His team used IBM's Sametime instant-messaging voice and video chat software to stay connected and on task, despite being scattered in three states. Working remotely came with career trade-offs, he told the business news outlet, but he was still satisfied with the arrangement. "I was never going to be named vice president of marketing for anything, but I'm okay with that."

He has declined IBM's offer to return to a company workspace, and planned to leave his longtime employer in order to start a marketing firm out of his home.