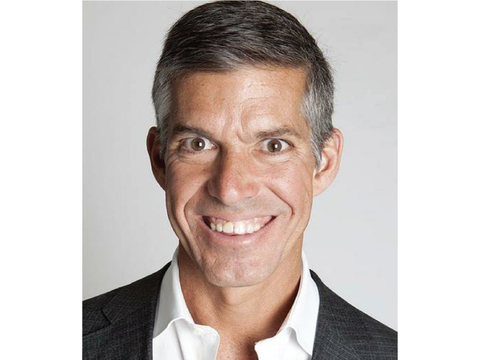 Simon Angove, CEO of Superion, is bringing artificial intelligence, the internet of things and the cloud to municipalities and police departments.

These public entities, either saddled with old hardware or doing things by hand, are getting what the private sector increasingly has.

Angove’s rationale is that the public sector is ripe for these kinds of services, which help it operate more efficiently, just like big business does when so equipped.

“Ultimately, citizens want to live in better, safer communities,” Angove told FierceCEO. “They should have what the private sector does.”

Angove came to Superion just 10 months ago. He was recruited by private equity firm Vista Equity Partners, which had purchased Superion in February of 2017.

He came from Verint, a $1 billion customer relationship management and cybersecurity company, where he led the global growth business units focused on client experience and digital engagement.

“Technology has fascinated me from an early age,” Angove said. “As a teenager I was coding video games. And now I always have to have the latest gadgets.”

Although he largely had a background as an entrepreneur, starting and growing software companies in fields such as video analytics, cloud computing, and workforce optimization, he was intrigued by taking on the CEO role of an established company—but not just any established enterprise.

“At Superion I saw the opportunity to expand things, like AI and IoT, that were sweeping through the private sector,” Angove said. “I thought, ‘People want to interact with their local government agency in the way they do with their bank and retailer. For instance, they want to do it on their mobile phone.”

It’s a much more personalized experience, Angove said. “You can do things online like report a pothole, look up how your tax dollars are being spent, be able to see if there are any offenders in your area. In other words, engage digitally.”

Another area is Highpoint, North Carolina, which was having a lot of fatalities among police officers responding to domestic disputes. Superion worked up a form of AI that was able to provide models of victims and perpetrators, and that flagging of them was greatly able to cut the mortality rate, Angove said.

The company already has 1,000 employees, 300 of which were hired last year. And Angove said since Superion is based in Central Florida, home to many technical schools, bringing on new engineering staff “is relatively easy.”

The company will continue to invest in technologies like the cloud and AI and also “build out” through acquisitions, Angove said.

As for going public, “That’s always an option as we continue to grow and have success,” Angove said.

Getting alignment on culture and vision. You can have great ideas, but if you don’t have alignment across the organization it doesn’t work.

What is the key for new revenue generation?

Looking within your existing customer base, as well as finding adjacent opportunities.

Big ideas mean nothing without strong ideas and follow-through.

It’s extremely important. It’s our organizational DNA—what we’re made of and how we act.

How do you see your industry changing in the next 10 years?

As private sector technology finds its way into the public sector, it will transform the way local governments operate.