The SEC is watching blockchain, and CEOs should be too 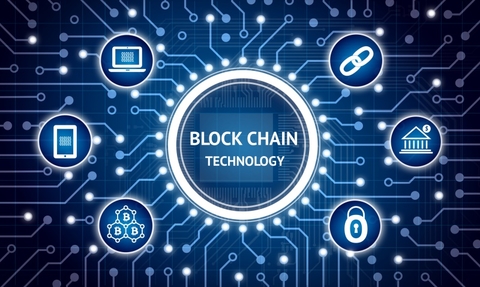 A handful of companies saw their stock prices swing upward in 2017 after changing their names to reference blockchain. (Zapp2Photo/iStockPhoto)

The Securities and Exchange Commission has vowed to keep an eye on blockchain, at a time when the term is rivaling crypto as the hottest business buzzword. During an address on Monday, SEC Chairman Jay Clayton said the regulator is tracking the surge of companies offering blockchain technology or simply incorporating the word into their marketing materials.

“The SEC is looking closely at the disclosures of public companies that shift their business models to capitalize on the perceived promise of distributed ledger technology and whether the disclosures comply with the securities laws, particularly in the case of an offering,” Clayton told conference attendees at Northwestern University’s Pritzker School of Law.

Clayton added that companies “with no meaningful track record in pursuing” commercialized blockchain technology shouldn’t be attempting to offer such services or adopting a name like “Blockchain-R-Us.”

What’s in a name

According to Quartz, a handful of companies saw their stock prices swing upward in 2017 after changing their names to reference blockchain. The news outlet points to UBI Blockchain Internet Ltd. as an example. The China-based company changed its name from JA Energy and saw a high versus low trading range of 20,445% last year.

Despite promises to transform the enterprise, by most indications the market does not understand blockchain. For example, Gartner gets more requests for research reports on blockchain than any other topic, reports CIO. And that confusion could be fueling a trend of companies capitalizing on the buzzword the C-suite doesn’t quite grasp.

So, what should CEOs eager to learn more about blockchain know? And what is blockchain?

Blockchain is often described as digital, distributed ledger technology. It’s essentially a way to authenticate transactions via digital signatures. Financial services and logistics companies are some of the early adopters benefitting from the technology, including UBS and United Parcel Service.

In a post on ZDNet, Forrester Research Principal Analyst Martha Bennett said that 2018 would be a “year of reckoning for blockchain initiatives,” with some enterprises ditching blockchain after gaining little traction in 2017 and businesses that understand the long-term transformational potential forging ahead.

This time last year, Gartner published a CIO-focused report, called “Blockchain: Managing Business Expectations,” that said blockchain had reached the “peak of inflated expectations.” The firm noted that CIOs are in a tricky spot as CEOs begin to see the potential of blockchain but the market for such technology remains immature.

Blockchain support and services have a long way to go, if the pace of product development and patent filing is any indication. Envison IP identified more than 1,000 U.S. patents and published, pending applications related to blockchain as of Jan. 12. Bank of America, IBM and Mastercard led the pack of patent holders, which is comprised mostly of financial services, technology and consulting firms.