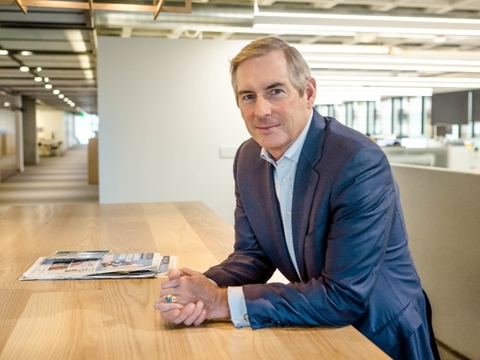 Taking care of the cybersecurity needs of small banks and credit unions is the stock in trade of Sean Feeney, CEO of DefenseStorm.

Feeney’s clients are the community banks and credit unions lowest on the asset scale in the U.S.

“We help them research and determine if it is a real cyberthreat,” Feeney said, “with everything done in the cloud.”

And Feeney goes through the same difficulties, with a bit of a twist. “Finding people who are cyber experts is challenging, especially in the often rural areas many of our financial institutions serve,” Feeney said.

To break it down, community banks and credit unions have total assets of $2.7 trillion and $1.3 trillion, respectively. These entities represent over 19% of total U.S. depository assets.

The eight U.S. global systemically important banks, like JPMorgan Chase, Bank of America and Citigroup, have $10.7 trillion of assets, or approximately 50% of total U.S. depository assets.

And regional and midsized banks, often operating across multiple states, have in the aggregate $6.7 trillion of assets, or approximately 31% of total U.S. depository assets.

Feeney is not averse to going upstream at some point, but he prefers working on one vertical at a time, the smallest financial institutions. Feeney estimates his target audience is financial institutions with $100 million to $12 billion of assets, a group that consists of 1,400 banks and credit unions.

He came onboard as CEO in July of 2016, recruited by the company’s investors, largely individuals who are in the financial space. So far, DefenseStorm has raised $10 million, Feeney said.

This is his third stint as a CEO, at spots that had a technical tilt. In previous CEO roles, Feeney executed successful exit transactions for cloud-based supply chain management concern GT Nexus (acquired by Infor) and for B2B e-commerce company Inovis (acquired by GXS, now OpenText), together valued at more than $1 billion.

“I like working in software companies,” Feeney said. “It gives the ability to build great solutions for customers.”

Feeney said he always thought he would be a basketball coach, “and this is as close as you can get. On any team you need trust and I believe in tech companies you must have trust. When you have trust between staff you have a successful team.”

I’ve always been a leader. When I got into business I knew I wanted to be one.

What is the single most important trait of a leader?

Keeping our most talented people.