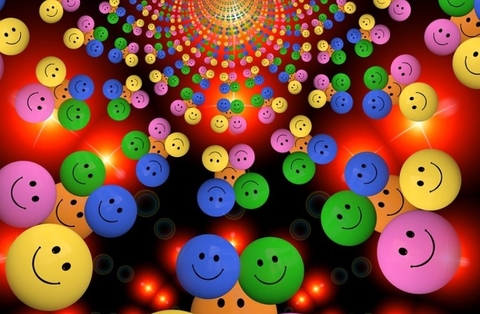 A study finds that happy face emojis make us look incompetent at work.

Study: Wipe that smiley face off at work!

Stop using the smiley face emoji and similar emoticons in work communications, because they may not create a positive impression, according to findings of a study just released by Ben-Gurion University of the Negev (BGU). "Our findings provide first-time evidence that, contrary to actual smiles, smileys do not increase perceptions of warmth—and actually decrease perceptions of competence," explained Dr. Ella Glikson, a postdoctoral fellow at the BGU Department of Management, Guilford Glazer Faculty of Business and Management. "In formal business e-mails, a smiley is not a smile." In fact, in one experiment with a group of 550 participants from 29 countries, researchers from BGU, the University of Haifa and the University of Amsterdam found that participants who were asked to respond to emails with smiley faces provided answers that were not as detailed and included less content-related information. In essence, the smiley-face emails got less respect than others, Glikson says. "For now, at least, a smiley can only replace a smile when you already know the other person. In initial interactions, it is better to avoid using smileys, regardless of age or gender." (BGU)

Mars Food, a branch of the global food and snack provider that makes edibles tailored to local tastes—announced an agreement on Aug. 14 to acquire Preferred Brands International, which makes and markets Indian and Asian specialty entres under the Tasty Bite brand. The terms of the deal, which is subject to regulatory approval and expected to close in the fourth quarter, were not disclosed. Mars Food is a segment of Mars Inc., which has its North American headquarters in Chicago. The Tasty Bite brand will join other Mars rice, grain and sauce products including Uncle Ben's, Seeds of Change and Dolmio. (Release)

The U.S. Patent and Trademark Office (USPTO) has ruled that the design patent for Boulder, Colorado-based Crocs’ popular molded plastic clogs is invalid, according to an Aug. 12 report by Footwear News. The decision was hailed by competitor USA Dawgs, based in Las Vegas, which had challenged the patent. The decision comes at a sensitive time for Crocs, which told the industry news outlet that it plans to challenge the ruling. The company is trying to build profits by refreshing its inventory of clogs and sandals, but revenue slipped almost 3% in the second quarter of the year. With fewer people slipping into its iconic shoes, the company is planning on closing about 160 retail locations. The patent issue has been pending for several years after USA Dawgs challenged its validity. (Footwear News)