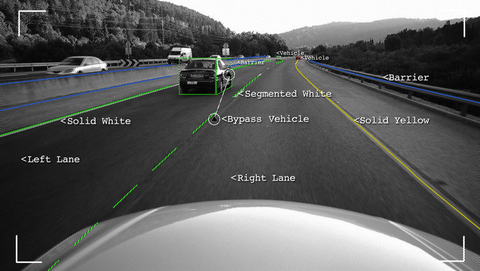 $15B acquisition of Mobileye makes Intel an autonomous car contender

Santa Clara, California-based tech company Intel has joined the autonomous car revolution, with a $15.3 billion tender offer for 84% of the outstanding ordinary shares of Jerusalem, Israel-based Mobileye, which calls itself “the most trusted name in collision avoidance.” Founded in 1999, Mobileye has advanced the development of computer vision and machine learning, data analysis, localization and mapping for advanced driver assistance systems and autonomous driving. The two companies said in a joint statement on Aug. 10, “The combination of Intel and Mobileye will allow Mobileye’s leading computer vision expertise (the “eyes”) to complement Intel’s high-performance computing and connectivity expertise (the “brains”) to create automated driving solutions from cloud to car. Intel estimates the vehicle systems, data and services market opportunity to be up to $70 billion by 2030.” (Intel)

Is a Birchbox buyout brewing?

Birchbox has recently been discussing a potential sale with several retailers, Recode reported on Aug. 9. Word is that conversations have already taken place between Walmart’s U.S. E-commerce CEO Marc Lore and Birchbox CEO Katia Beauchamp. The confabs come as Birchbox—a New York City-based subscription-based cosmetics and beauty supply company—has been working to steady its business this year following what Recode characterizes as “a rough 2016 that included two rounds of layoffs and a mad dash to reach profitability” after the company was unable to secure a financing from new investors. The seven-year-old company, which generates about $200 million in annual sales, had previously been prioritizing growth over profitability, the business news outlet said. It ended up getting a $15 million lifeline from its existing investors last summer. It’s not clear how far along any of the talks are or whether they will result in a deal. (Recode)

Former New York Yankees slugger Alex Rodriguez is going into business. A-Rod has been approved for a license to open Ultimate Fighting Championship-branded martial arts workout gyms in the Miami area. Now, he and his partner, Mark Mastrov—who co-founded 24 Hour Fitness and is part-owner of the NBA’s Sacramento Kings—are looking at shuttered shopping centers to house their locations in South Florida, where the former shortstop grew up. “It plays right into our wheelhouse,” Rodriguez, 42, told Bloomberg on Aug. 9. “There’s not a lot of people looking for 40,000 square feet in shopping centers.” UFC launched its chain of gyms in 2009. A-Rod is scouting locations for roughly 12 more gyms in the area; he opened his first facility, UFC Gym Kendall, in March. (Bloomberg)