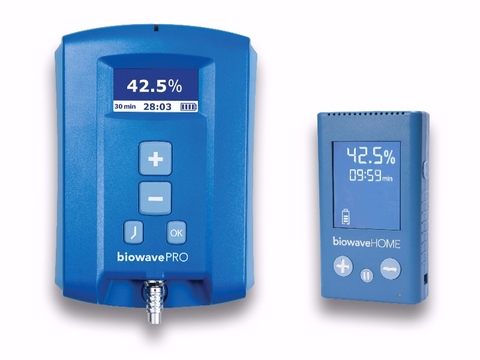 Rob Wolter, CEO of Biowave, is ramping up his sales team to increase market penetration for an electronic device that alleviates pain.

The company's system delivers therapeutic signals through skin into deep tissue, blocking pain signals to the brain to ease discomfort from maladies ranging from sprained ankles to back injuries. Biowave's device comes in two models: the Biowave Pro used in doctor’s offices and the Biowave Home, a smaller, portable version.

Cofounded by device inventor Bradford Siff, currently president of Biowave, and former Naurex CMO Ronald Burch, Biowave raised just under $750,000 in a February 2016 venture round to begin ramping its product in the medical devices market.

Professional sports teams are using the devices, as are Veteran's Affairs hospitals. Wolter is also beginning to work with insurance carriers.

The goal is expansion—and that’s where the staffing up of salespeople comes in.

RELATED: Skilled workers becoming even harder to come by

“I’m really focused on growing the team,” Wolter told FierceCEO. "Salespeople are the lifeblood of a company."

Wolter had no salespeople when he joined Biowave in March 2016, and his goal is to have 16 by the end of 2018. He is up against a very tight job market, and is using referrals and job sites mostly in order to find people who are “highly motivated and were successful in their prior career.”

He also wants those “who are competitive, but also work well in a team environment.”

Of course, Wolter isn't looking for clock punchers. His favorite interview question for potential candidates is, “What are you passionate about?” He finds “that leads to a meaningful discussion of what drives them.”

Wolter didn’t come to Biowave from a medical background. His last job was at Veto Pro Pac, a maker of tool carriers, where he was president.

The change has been “really invigorating,” he said. “The opportunities that come with growth are very exciting.”

Crossing the barriers that keep this meaningful technology from people in pain.

Perseverance. Every leader is faced with challenges and the mark of a true leader is someone who can execute on their terms.

Listen to your customers, because they understand best the value proposition you offer, or don’t.

I was about 10. I grew up in a very entrepreneurial household where both my parents operated their own businesses.