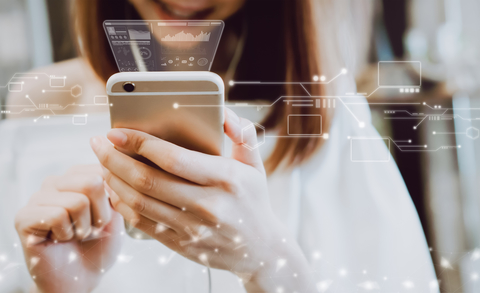 Employees use shadow IT to communicate knowledge faster and less formally than they can through company email systems. (Getty/Sitthiphong)

Although shadow IT makes many organizations’ leaders shudder, a study finds it may have benefits.

Because shadow IT is any solution employees use for work tasks that doesn’t have formal approval and support from the IT department, leaders of that department worry about the risks to cybersecurity and institutional knowledge it brings. But by speeding and facilitating communication, shadow IT may actually help organizational knowledge sharing, or KS, which is crucial to companies’ maintenance of a competitive advantage, “The Influence of Shadow IT Usage on Knowledge Sharing,” published in March, found.

“The findings from this study suggest that shadow IT can facilitate KS, particularly when people are geographically distributed, because these systems provide faster and dynamic communication and boost collaboration among coworkers, external partners, and clients,” wrote authors Gabriela L Mallmann, Antonio Carlos Gastaud Maçada and Mírian Oliveira. “Consequently, employees can obtain the knowledge they need almost instantaneously.”

To study the use of shadow IT, the researchers interviewed several types of employees, including a sales executive, IT analyst, consultant, legal adviser and administrative assistant in myriad sectors such as public, educational and commercial. All 10 interviewees reported using a form of shadow IT. Seven out of 10 said they use personal smartphones for work-related matters and two-fifths said email was the only system their workplace provides for communication.

Nine interviewees said they use shadow IT to tell their coworkers when they learn something new, although they all said they use it less frequently to seek out new knowledge. They also said that communication via shadow IT is less formal and more agile.

Their use of shadow IT varies from daily to twice a month depending on the solution, profile of information and work tasks, the report added. When instant communication is necessary, they most often turn to Skype and WhatsApp. Collective solutions such as Salesforce are also used for daily tasks and represent “an ‘official’ solution to the commercial department, being used to perform several tasks and processes in that business unit,” according to the report.

When asked why they use shadow IT, interviewees used many of the same words in their responses: instantaneous, agility, faster, dynamic, immediacy, practicality and speed. For seven interviewees, geographic dispersion was also a factor, easing communications across time zones and other constraints.

Still, many IT departments push the use of email for communications and KS. That can waste time and give workers a false sense of engagement, the report found. Social media and instant messaging tools are much more effective and efficient, although they also raise concerns about protecting institutional knowledge and maintaining cybersecurity.

“Considering that most systems used as unauthorized solutions by the interviewees are collaborative systems such as instant messaging software, the answers show that the primary benefit is that shadow IT enables them a faster and more dynamic communication,” the study found. “Employees obtain knowledge almost instantaneously by using shadow systems. Nine out of ten interviewees believe that shadow IT can facilitate KS since most of the shadow systems they use are communication and content sharing software.”