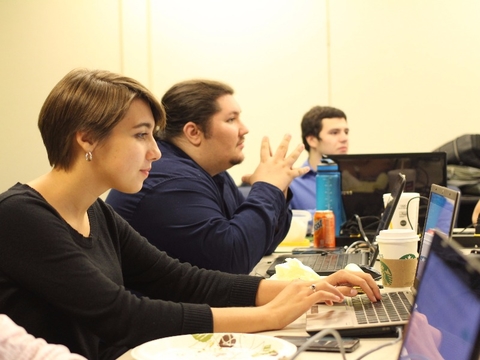 Stymied by an inability to find software developers for his staffing firm, Srikanth Ramachandran took another tack. He started a company to develop them. The result is Revature, focused on helping to train the next generation of software developers to staff the many jobs that go unfilled every year.

As a traditional staffing agency for its first 11 years, Revature was having an increasingly hard time finding good candidates who could write code. And, the company’s clients were asking for more candidates to be brought in each year, Ramachandran said. “There was a real supply-demand gap.”

Advances in coding were being made and workers were not keeping up, graduates didn’t have all the necessary skills and there was a general shortage of software engineers. So, three years ago, Revature set out to help solve the skills gap and changed its model to deliver training for software developers.

The shift hasn’t lacked bumps. “The model is new and we do have to educate the customer,” Ramachandran said of challenges the company experienced.

Ramachandran came up with a model where Revature partners with universities across the country. Students start training on their own through Revature’s online platform and the company identifies promising ones from the online courses to hire and bring into one of four locations for a full-time “coding immersion program.” The sites are in New York City, Tampa, Phoenix and the company’s Reston, VA headquarters. The students are provided an apprenticeship, where they are paid a salary, and, once ready, placed in jobs with Revature clients.

In a way, Revature has come full circle.

The enterprise is backed by $20 million in venture capital, mostly from University Ventures.

“We should have raised growth capital one or two years earlier,” Ramachandran said. But all in all, things are working out “great,” he said.

In 2018, the company is projecting hiring 2,800 students who have been in the program. The placement rate is over 95%, he said.

“There is great demand for high-end software engineers,” Ramachandran said. “It made sense to train talent rather than compete for it.”

Clients include Accenture and Capital One. “We custom deliver programs,” Ramachandran said.

In his own hiring, he looks for “self-motivated people who can take ownership and who believe in this model.”

How about some career advice?

“Work hard, be creative and have a lot of integrity.”