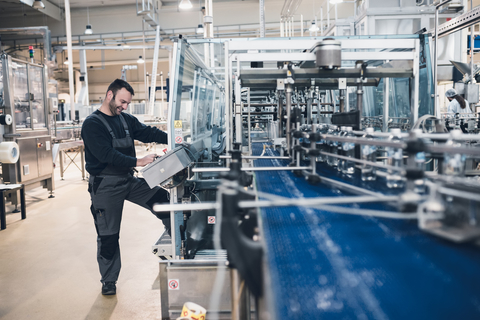 Most industrial companies are currently using IoT for cost avoidance but they could use it for growth. (Dusko Jovic/Getty)

With only 16% of industrial companies linking the internet of things with enterprise resource planning, businesses are putting themselves at a disadvantage, a new report shows.

Global enterprise applications company IFS surveyed 200 IoT decision-makers at U.S. industrial companies, and found that 84% of them have a gap between data from connected devices and strategic decision-making and operations, “limiting the digital transformation potential of IoT,” according to an announcement last week from IFS.

“A rudimentary IoT environment has flourished for decades” at industrial companies, the report stated, but what’s changed is that the cost of adding sensors is falling, cloud computing is available to handle data from a large number of sensors and enterprise software is evolving to operationalize data from these networked devices while also using the data to support decisions.

“Right now, the primary value industrial companies are seeking from IoT seems to be cost avoidance,” Rick Veague, chief technology officer at IFS North America, said in the report. “The greater potential for IoT in these settings, however, is business growth. In order to realize this benefit, companies must not only think more creatively about IoT, but be able to use IoT data in the context of their business, which likely means tighter integration with applications like ERP.”

IFS divided study respondents into two groups: digital transformation (DT) Leaders—those who said their enterprise software prepared them somewhat well to very well for digital transformation—and Laggards, who said their software did not prepare them very well or impeded transformation. It then further identified certain respondents as IoT Leaders, which were more likely to put sensors on 11% to 70% of their equipment, but less likely than DT Leaders to sensor a high percentage of their production equipment.

Company size was not a major factor of leadership, IFS found, despite the assumption that bigger businesses have more resources to use. Potential reasons for this are:

“Larger organizations were more likely to report that their enterprise software was an impediment to digital transformation, for instance, even though they are more likely than any other demographic to report sensoring more than 90 percent of their equipment,” the report stated. “This would suggest large companies may have sensors on much of their equipment but lack the wherewithal to funnel the data from these connected devices into their enterprise systems.”

Another key finding from the report is that enterprise software must facilitate two-way communication between connected devices and the system of record managing the enterprise. The most commonly stated use case for IoT was condition-based or predictive maintenance—almost 70%—while the least common was for monitoring overall asset portfolio readiness—almost 20% of DT Leaders.

Many leaders also found use for aftermarket service benefits from IoT, with 30% of respondents saying they IoT data to support field service management. The level of sophistication ranges from sensors on single components of equipment, such as a compressor, to sensors on entire machines, and about half of DT and IoT Leaders said they use at least one approach.