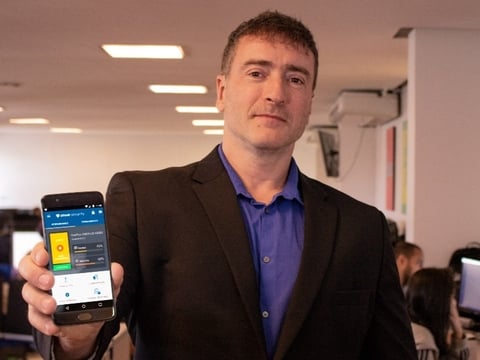 PSafe CEO Marco DeMello sees the next round of security breaches coming from the artificial intelligence realm.

“An increasingly sophisticated digital threat landscape is emerging, with the first wave of AI threats surfacing, a menace few are ready to defend against,” DeMello told FierceCEO.

These will include new attacks against home automation/AI assistants, such as Amazon Echo, Apple HomeKit, and Google Home, DeMello said. “Attacks will also be aimed at the automation communications layer. ZWave- and Zigbee-enabled devices, which control home locks, garage door openers, video surveillance systems, home lights, TVs, and so on, will become targets.”

PSafe could be well positioned

If this comes to pass it will position PSafe well, because that is what the company is designed to ward against.

PSafe makes software to protect mobile devices from hacks, and the company and its rivals are up against strong forces, according to DeMello.

“For every positive AI technology, there is a dark, criminal application being developed,” he said. “If ‘dumb’ viruses and attacks have been so immensely destructive, imagine a world where every single virus or social engineered attack launched is a ‘smart,’ AI-based malware. Rest assured, this is reality and not science fiction, and this year we’ll start to see that more pervasively.”

DeMello founded PSafe in 2011, in Brazil, as a way of providing digital security solutions for Latin Americans, feeling the region was lacking in strong defenses.

PSafe started doing business in the U.S. in 2016, and relocated its headquarters to San Francisco a year later. The move to the U.S. was made to enter the next frontier, DeMello said.

The company has also raised $86 million in four rounds of venture capital funding between its inception and July 2015. Backers include Pinnacle Ventures, Redpoint Ventures and e.ventures.

DeMello started PSafe after being an executive at Microsoft for 15 years. He said he was responsible for Windows security for more than four years, developed Exchange Server 2007 and helped integrate the acquisition of HotMail, the first free, web-based and web-scale email.

Hotmail was a highlight, DeMello said. “The end of last year marked the 20th anniversary of Microsoft’s acquisition of Hotmail. At 26 years old, I was honored to be a part of the decision to make it happen and energized by the challenge to make it an integral part of Microsoft’s offering. It was the first and probably one of the best examples of viral adoption of a consumer service on the internet, and it was quite a journey, both technically and professionally.”

DeMello also spent four years as CTO of Sport Runner, where he said he helped build a media exchange for the cable TV industry.

Having an open mind and never refusing a good idea.

In our latest we are switching from an advertising revenue approach to a subscription service and the lesson is if you don’t adapt you die.