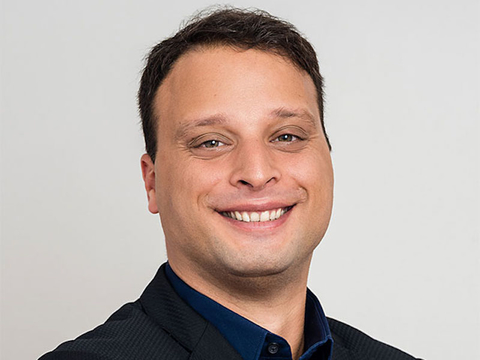 Google alum Harry Glaser hasn’t looked back ever since leaving the search engine titan to co-found and serve as CEO of Periscope Data.

Instead of searches, Periscope is all about finding data and using it to make companies more nimble.

Periscope “allows data teams and data professionals in companies to work more quickly with data and provide more of it to people in the company,” Glaser told FierceCEO.

Any kind of data qualifies, including sales, marketing and revenue, and any company can use the cloud-based service, Glaser said. For instance, a freight forwarding company could use Periscope Data to move goods more quickly and profitably by analyzing historical data such as pricing, speed and reliability to come up with the best shipping lanes for their customers, Glaser said.

Glaser was a Google product manager for three-and-a-half years before leaving to start Periscope Data in 2012. His co-founder is good friend Tom O’Neill, with whom he had attended the University of Rochester and who left an equally renowned tech giant, Microsoft, to help start Periscope Data. O’Neill, who worked on Microsoft’s Bing search engine, is now chief technology officer of Periscope.

The two computer science majors had talked “for about a decade” about starting their own company, Glaser said.

Periscope Data was actually a side project, Glaser said. “But it took off and became our focus.”

Glaser is not all that surprised. “Companies are generating a lot more data than they have before and it is becoming clear that companies using data to make decisions are beating their competition and growing faster,” he said.

Among the company’s 1000 clients are Adobe, the American Red Cross, Uber and Tinder.

Periscope Data has “only just begun to scratch the surface of this market,” Glaser said. “We’re looking at making the platform more accessible to a broader audience.”

Periscope Data “absolutely” has plans to go public, probably in the next couple of years, Glaser said.

“I’m looking for Periscope Data to outlast me and when you look at companies with that quality they’re almost always public,” he said.

As a leader and manager, Glaser said he is “always learning and trying to improve,” while “trying to be as close as I can with our [125] employees.”

And he doesn’t miss Google one bit.

“Working at Periscope is much more fun,” Glaser said. “A smaller team focused on a bigger mission is more exciting.”

Plus, “We have a warm and friendly environment here and that’s not always the case at Google,” Glaser said.

That people are the most important part of the company.

Give them really big goals and a lot of autonomy.