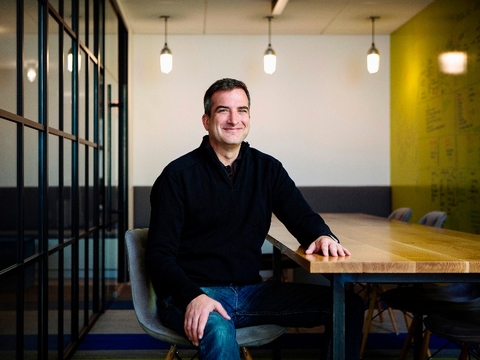 As CEO of Namely, Matt Straz is providing midsized companies with cloud-based software that he says helps them run their HR departments on a par with larger organizations.

The system is designed to manage payroll, administer benefits and track time off, conduct reviews and manage performance.

An interesting twist for someone who was in the advertising business for nearly 20 years, the last six at WPP—the largest media agency in the world—overseeing 2,000 employees.

It was at smaller ad firms that he saw the lack of integrated HR systems where employees could access things like benefit programs and time-off allowances. Many of these systems lived in Excel spreadsheets.

He saw a potential niche, and quit the advertising field to research just how prevalent this was, and it turned out “many midsized companies didn’t” have comprehensive systems, Straz told FierceCEO. “There were payroll providers but they didn’t supply people data and weren’t employee-facing.”

He built a small startup team to develop the initial software and start building a client base, and launched Namely in January 2012 with 3 employees and a handful of companies to act as beta testers.

Through marketing and word of mouth, today he has 430 employees, including 50 salespeople, and over 1,000 clients, he said.

Hiring is his biggest challenge. The difficulty lies in “finding people experienced in payroll and benefits and attracting them to a smaller company,” Straz said.

One thing he has done is build a recruiting team.

He has also raised over $150 million in funding over the last six years, with the latest, $50 million in venture capital, coming a year ago. The VC is being used to deepen Namely’s bench across all departments. He has also been building out his leadership team. and plans to double his staff over the next 2 to 3 years and get to 2,000 customers.

The company’s goal is to go public in the next few years. He said in the payroll industry “customers like a level of transparency” from whom they are doing business with.

Namely operates five offices, including its headquarters in New York's financial district, where Straz is based—but he doesn’t have an office. He takes up residence in different departments on a floating basis to keep in touch with employees and what is going on in various areas.

The company also brings in all its employees to New York once a year for a bonding experience where corporate performance is discussed in depth, training is done and events are held, like taking the Circle Line boat around Manhattan.

The day I founded the business and was willing to do all it took to be a good one.

What is the best trait of a leader?

The ability to listen. The more data you can process as a leader the better decisions you make.

What’s your favorite question to ask when interviewing someone?

Tell me about a time you failed and what you learned from it.

At every stage of the company it requires different talent and leadership.