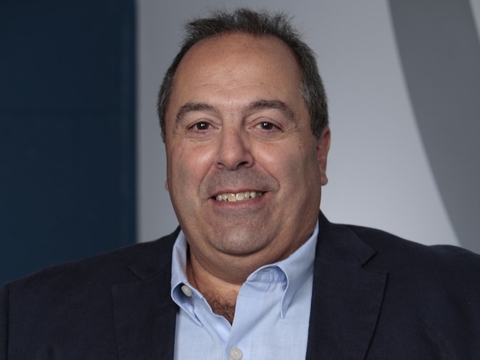 “We want to eliminate out-of-date systems and create those that are like speaking with humans,” Iacobucci told FierceCEO.

Customers experience less frustration, and more productive conversations, regardless of language, accent, dialect, slang, even background noise, Iacobucci said. Interactions’ customers include large brands in the Fortune 100. Iacobucci said they are able to reduce the cost of live agents and operational costs.

Interactions was founded in 2004, but by 2008 it was coming close to going out of business. Iacobucci, who has longtime ties with Sigma Partners, a venture capital firm that had invested in Interactions, was invited by Sigma to come in as CEO and determine what was failing and if it could be turned around. After assessing the company, Iacobucci stopped selling the product, slashed staff and worked on “a total redesign” of the technology.

Within a few months, positive differences were starting to be seen and Interactions was again selling its product. The company also made two acquisitions in the last few years: AT&T Watson speech recognition and natural language understanding platform and Digital Roots, a social media AI customer care platform.

Iacobucci also changed the business model for Interactions; the company is only paid when it completes transactions for its customers.

Throughout, Iacobucci said his guiding principles were:

As the company was built, it got plenty of backing. Interactions has raised $163.5 million to date through venture capital supporters. Investors include SoftBank Capital, Sigma Partners, Revolution, NewSpring Capital and Comcast Ventures. The most recent round was $56 million in 2016 from AOL founder Steve Case's Revolution Growth, NewSpring Capital and Comcast Ventures.

Iacobucci said venture capital interest continues to be expressed but the company has no need for it right now. As for going public, he said, “It’s something we’re building the characteristics of.”

Iacobucci uses 30 years of software and financial experience to steer Interactions. He was CEO of venture-backed Idiom Technologies, a translation software company that he helped sell to SDL Enterprise. He was also an executive in residence at Sigma Partners; co-founded Books24x7, an online subscription service; and was CFO of Focus Enhancements, which developed Macintosh peripherals. He was also controller of Phoenix Technologies, a software developer, and financial manager of Cullinet Software.

When did you want to be a CEO?

It’s not a career I actually chose. It was presented to me and I did it and there was no turning back.

Persistence, being genuine, honesty, being paranoid.

The fear of not being innovative.

Where are the best places to seek new sources of revenue?

Looking for when a company requires a lot of interactions.