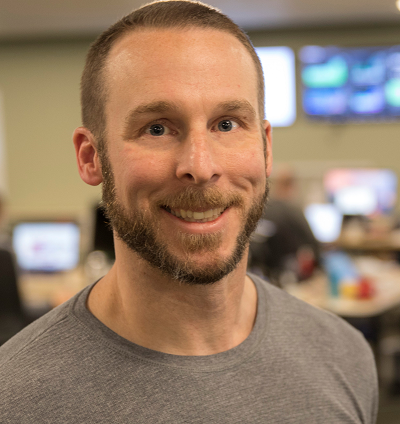 Eudaimonia is an ancient Greek word meaning “the state of having a good indwelling spirit, a good genius and human flourishing.”

Gonnering first learned the word from a fellow student when he was in business school.

“I thought I could apply that to a business,” Gonnering said. “It has an ethical component in that it can help guide right and wrong.”

He didn’t know of any other businesses that operated with eudaimonia, “but here was a chance to bring in a philosophical concept to a business setting,” he said. “It’s important because of what it stands for. As a business we can create, nurture and allow people to flourish.”

Putting it into practice includes “putting people through a 3-month program where they can discover their personal purpose,” taking time with trainers to work out, encouraging staff to recognize the good that fellow employees have done and hiring the developmentally disabled. The latter is good for the people who are hired and staff members, Gonnering said.

Widen Enterprises also operates with a “freedom-centered culture in opposition to a fear-based one” and has meetings once a week with staff to go over the company’s financials and to discuss “what we’ve done well and not so well,” Gonnering said.

He credits the company’s culture for making it successful. In a pretty cutthroat industry, Widen Enterprises has grown revenue 27% annually for the last five years, a rate that is ahead of competitors, he said.

“We’ve increased customer loyalty because they can feel the culture through our employees,” Gonnering said.

An example of what Widen Industries does is its work with Brooks Running Shoes. Brooks uses Widen’s software to host its marketing materials, including store advertisements. Shoe retailers or representatives who sell Brooks in their store log in to the software online and download the materials they need to roll out the Brooks shoe campaign in their store. Brooks can also use the software to work with their in-house designers, making notes in the program to tell their designers what changes they want made to the materials and keeping a log of those changes. It also allows teams to work from the same file rather than having copies of a document on multiple desktops

While business is good, there are still challenges. “We are scaling up and as we grow, how can we maintain the best elements of our culture as we add, say, 100 people,” Gonnering said. “And as we add more people, how do we make sure they are connected to the brand?”

Also, the company is self-funded, and “We have to make sure we run with financial discipline,” Gonnering said. There is no chance of going public because the owner wants to remain independent, he said.

As I saw my dad run a business, I said I would like to do that.

What is your favorite question when interviewing someone for a job?

Think of yourself at 100 and talk me through what your life looked like.

What is a key revenue driver?

Trusting in your colleagues that are in the trenches.

What do you lose sleep over?

Our internal comfort—us getting comfortable is the enemy.

What do you wish you knew five years ago that you know today?

There have been some bad decisions I’ve made around our product advances. I would have put people in positions sooner and they would have prevented that.