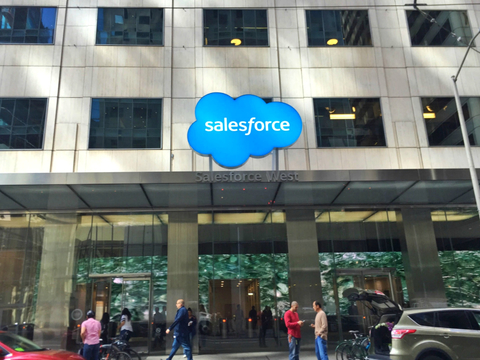 Salesforce.com chief Marc Benioff was designated the best CEO in the U.S.

The best CEO in the U.S. is billionaire philanthropist Marc Benioff, the head of Salesforce.com, according to career monitoring website Comparably.

Comparably surveyed employees at big and mid-sized companies for their assessments of their leaders. Benioff scored the highest, an average of 90 out of 100 from his staff. The highest marks were from the product, customer support and business development departments, all in the high 90s. The lowest was in finance, at 67.

Staff at Salesforce.com who have been there less than a year rated Benioff most highly, at 94. Those at the company more than 10 years rated him 90. He also got the lowest mark from African American employees, at 66, and the highest mark, 93, from Asian and Pacific Islander employees.

“As the original founder of Salesforce he has a deep connection with the product and employees that uniquely inspires his team,” Jason Nazar, CEO of Comparably, told USA Today. “Besides continuing to grow a massively successful public company, he’s been a dynamic leader and consistent voice of company culture issues.”

Among smaller companies, Cyndi Barreda of NetCentrics was ninth, Christine Crane of BoldLeads was 21st and Lisa Harp of Harp Interactive was 29th.

The list is made up of the best-ranked CEOs by their employees on Comparably.com. The rankings are separated by big—500 or more employees—and small-to-midsize—fewer than 500 employees.

Well-known companies were represented, as were lesser-known ones. Among the highest profile, Mark Zuckerberg of Facebook was rated ninth and Reed Hastings of Netflix was 11th. John Pope of Jive Communications was rank 6 and Alex Shootman of Workfront was rank 14.