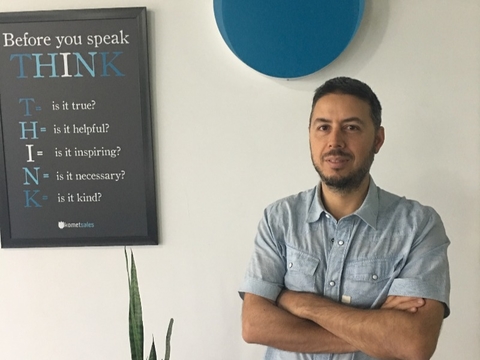 Cloud software has found its way to the floral industry in the form of CEO Alejandro Pérez’s Komet Sales.

Komet Sales is a platform that allows flower growers, importers and wholesalers to grow their businesses in ways including opening additional sales channels, such as online, and being more efficient and automated, Pérez told FierceCEO.

Komet Sales is in the midst of a major push to add customers, which has meant setting up a sales team for the first time. “We have become very aggressive with our marketing,” Pérez said. “Before, we had 0% marketing.”

The goal is to double Komet Sales’ subscriber base to 9,600 over the next year. About 80% of customers are in the U.S. with the rest in other parts of the world.

Komet Sales is mainly up against two competitors, Pérez said. “Right now it’s not easy, but I think we have an advantage and we’re gaining traction with the technology we have.”

With Komet, Pérez is combining two of his passions: flowers and technology. He is from Colombia, which has a very large flower industry, and he came to Miami, where he worked for a flower importer. “That’s where I learned the business,” he said.

The ethereal nature of flowers fascinates Pérez. “It’s a perishable product so time is always against you and that makes logistics tricky,” he said. Plus, “with flowers you’re delivering fun to people—something beautiful that puts a smile on their face,” he said.

At the same time, “I’ve always been a techie,” Pérez said. “I’ve been into technology since I had an Atari computer when I was 6, 7. I became interested in programming when I was 7.”

Komet almost didn’t come about. Pérez was thinking about putting up a website to sell flowers initially. Then he got a phone call from a friend who wanted a system like the one Komet would be. Perez, after initially hesitating, took on the task.

The operation is self-funded. “It’s hard, but it’s worth it,” Pérez said.

And while Komet Sales is a mix of flowers and technology, it is also something else to Pérez. “It’s like a huge lab where we can test not just technology, but what I call people experiments,” he said.

An example of a people experiment is letting team leaders come up with their own rules. “It’s all based on trust, which is one of our core values,” Pérez said. He also uses the word trustworthy to describe himself as a manager, along with “very open, flexible, like to explore things and a little impatient sometimes.”

As for the company’s culture, “Five years ago I would have said that’s something our consultants came up with to bill more hours,” Perez said. “But now, it’s big, paramount. With a company culture we can all go toward the same direction. When you do it right it becomes like a lifestyle.”

It wasn’t planned, but now that I am one I love the challenge.

Trust. If you trust people, it’s a dividend. If you don’t, it’s a tax.

Someone else coming up with a similar offering, more efficient, and we don’t know about it.

What is a source for new revenue?

Keeping an open mind. There are a ton of opportunities out there.

Giving them free rein to try things and explore.