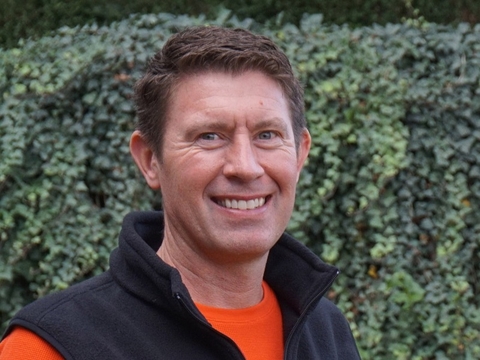 Jason Tatge is finding the digital farming business quite fertile

Jason Tatge, CEO of Farmobile and a former grain trader, is out to turn America’s farmland into a commodity.

He is helping farmers collect digital data that they produce from their fields and selling it in a myriad of ways.

The information is bought by satellite companies to capture images of what is being produced, insurance companies to better understand their risk, tractor companies to gauge terrain and food companies and trading concerns to see what’s coming to market, among others. Farmers get half of what Farmobile collects in fees.

Farmobile mounts antenna-like devices on tractors, sprayers and harvesters and uses IoT technology to relay what is going on in the field. The technology also helps in the task of farming. Farmobile works with 700 farmers and 1.3 million acres of land.

And, according to Tatge, the process comes at an opportune time. “A lot of people are getting more interested in where their food is coming from, and this helps us understand how our food is being grown,” he said.

Tatge combined life experiences to come up with the technology. He spent a lot of time as a youth on his grandfather’s farm in Minnesota, watching and learning the farming process. As an adult, he traded commodities like grain and created a process in which grain could be traded from smartphones. He turned that process into a company that was bought by DuPont/Pioneer in December 2012.

After that, Tatge became focused on using IoT devices to collect data from farm equipment, and Farmobile was established in 2013.

“I saw that if you could collect data from the machines, there would be a marketplace for that data,” Tatge said.

The company is financed through proceeds from the sale of his prior company, a private investor and about $9 million in venture capital financing, Tatge said. There are definite plans to go public in the next couple of years.

“That’s the only thought we have for an exit plan,” Tatge said.

In the meantime, there are challenges, like getting the devices to market in an efficient manner and maintaining connectivity through the IoT devices. But there are also opportunities, like widening relationships with food companies and trading firms that want to understand how much product is coming to market, Tatge said.

What are traits of a good leader?

Knowing where you are going and trustworthiness.

The responsibility of all the employees we have and keeping things moving forward.

We have a team approach and look for aptitude, character and enthusiasm.

How important is diversity?

Incredibly important. Our walks of life are very different.

Where do you find opportunities for new revenue?