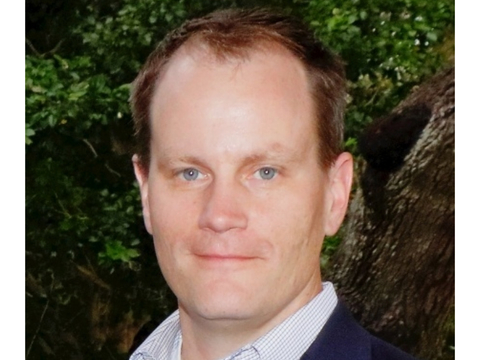 Jason Schmitt wants to stand out from a crowded pack. (Aporeto)

Jason Schmitt, CEO of Aporeto, says he really does have the better mousetrap.

With the thousands of cybersecurity suppliers that have popped up in the last few years, it is not easy to determine.

Schmitt told FierceCEO his system provides security applications for any kind of company that is moving its business applications to the cloud.

And it stands out for two reasons, he said. It has a strong “security policy” that keeps close tabs on who has access. And all of the components in the application can’t communicate with each other unless given permission, he said.

Also, Schmitt said, fundamental to Aporeto’s approach is the principle that everything in an application is accessible to everyone and could be compromised at any time.

The industry is not regulated, so it is hard to tell which companies have the best offerings. But there are articles and blogs, some thinly veiled missives by vendors themselves, that say they can point companies in the right direction. As an example,  ITBusinessEdge recommends checking if the cybersecurity firm can thwart bad guys at all phases in the threat lifecycle and if the company offers a proven technology, among other measures.

RELATED: Mike Moniz, CEO of  Circadence, takes cybersecurity training out of the classroom

The latter is tough to tell because most of these companies have sprung up relatively recently. Aporeto, for instance, launched its product last year, and Schmitt joined the company as CEO in January of this year.

Schmitt acknowledges it’s a very crowded field, recalling at one recent industry show, a room was packed with cybersecurity vendors.

He said, “By far” Aporeto’s “biggest challenge is breaking through all the noise around all the security practitioners and differentiate us.”

He sees a shakeout in the cybersecurity field in the next five years or so, as clients expect more security features and, “As the threat landscape evolves, companies will focus on high-risk problems they can most effectively address.”

Aporeto was founded in 2015 and is backed by $14.5 million in funding. The company raised $3.3 million in a seed round in December 2015, and subsequently completed an $11.2 million series A funding round. Norwest Venture Partners and Wing are Aporeto’s primary backers, Schmitt said.

The company is planning another round next year, with the proceeds to further develop sales and marketing, and research and development, Schmitt said.

Schmitt has more than 20 years of experience bringing enterprise products to market, with most of that time in information security.

Before Aporeto, he was VP of enterprise security products at Hewlett Packard Enterprise (HPE), where he led product and go-to-market strategy for the application security, security operations, and data protection portfolios.

During his time at HPE, he was VP and general manager of the Fortify and ArcSight business units. In this role, he was responsible for driving the growth of Fortify’s application security software and SaaS businesses and ArcSight’s security operations solutions, while managing all operational functions within the group.

Being responsible for a team of people.

Living in the customer’s world and understanding their priorities and challenges.

The amount of information Microsoft and Amazon have on information technology because of their cloud presence.