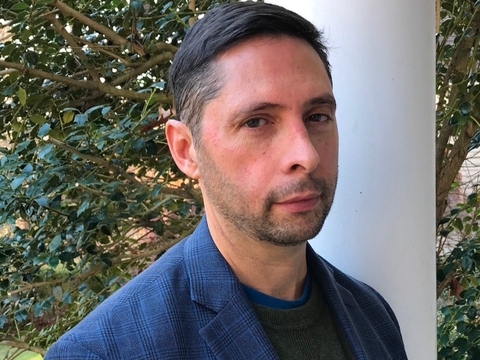 James Albis, CEO of SnoHub, has created an Uber for snow removal.

“Our whole mantra is to try to tap into the gig economy,” Albis told FierceCEO. “This is transparent, simple and clean.”

The idea of an Uber-type service for snow removal came to Albis when he bought his first home and “saw how antiquated the system was,” he said.

There are other companies out there taking a similar approach, but none has “the variety of services” SnoHub has, Albis said.

SnoHub operates through a free app for Apple and Android.

Albis created the app to address a gap in what he describes as a $10 billion industry by introducing tactics popularized by ridesharing services—increasing customer convenience while creating new jobs for independent contractors.

"Our task was to create a scalable solution to address the problems of snow clearing that has been plagued with inefficiencies for decades,” Albis said. “At SnoHub we connect our customers by leveraging mobile technology.

Pricing starts at $59 for a base of six inches of snow. Once registered, the client and contractor will be connected in under 10 minutes.

After a successful soft-launch in Connecticut—serving 200 customers and with 25 contractors—SnoHub expanded across the eastern United States and amassed over 25,000 downloads in just three months, Albis said.

SnoHub will notify homeowners of the estimated time of arrival of their contractor together with photos of the vehicle and the driver. Customers using their app can track on their mobile phone using real-time tracking technology.

Upon arrival, photos are taken of each service area together with the measurement of the snow depth.  When the job is finished, another set of photos is sent to homeowners to confirm completion and the home owners credit card is charged using a secure credit card gateway managed through Stripe and Amazon.

SnoHub is backed by a private investor Albis declined to name, but he did say the company is gearing up to raise a round of capital to expend from the northeast to the rest of the country and into Canada, while making the system more efficient and easy to use. Albis’ goal is to go international.

The approach does come with challenges. “Making sure we have adequate coverage for market demand,” is one concern in running the business, Albis said. Also, “trying to change the mindset of some of the snow removers,” Albis said. “They feel we are a threat to their business. Anytime you try to disrupt the status quo you can be met with resentment.”

I’ve always tried to carve my own way. I’d say when I came out of graduate school, having finished my MBA.

What is the most important trait for a leader?

Try to inspire those around you to follow your vision.

The unpredictability of knowing there will be a surge in demand and we will be covered.

When have you had to adapt and what have you learned?

You have to quickly recognize a problem and take care of it.

What do you wish you had known five years ago that you know now?

I try to be in the moment and learn from my mistakes. Ultimately these missteps have led me to where I am now.