IT employees continue to be well compensated 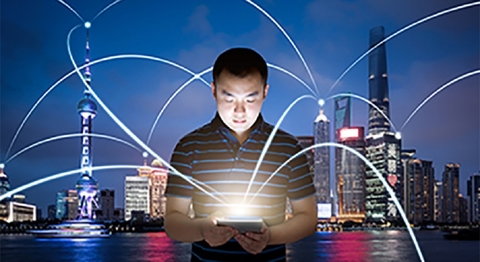 Technology salaries continue to climb, with employers willing to pay for sought-after skills.

To get a bead on how companies are paying and where the highest paying jobs are, Mondo, a technology job search firm, compiled a ranking of IT jobs and their average pay, which in some cases is over $200,000 annually.

“Salaries for technology professionals continue to increase,” said Gianna Scorsone, senior vice president of marketing and sales operations for Mondo. “This year, in particular, we have seen a spike in salaries for DevOps engineers and e-commerce developers.”

Tech professionals with virtual reality, internet of things and artificial intelligence expertise “can expect to see salary jumps for corresponding titles as demand rises for these skills in 2018,” Scorsone said.

The highest paying jobs include, according to Mondo:

As for average salaries and where they are highest, career marketplace Hired said tech workers in San Francisco are paid the most, at $142,000 on average. The salaries in the Bay Area are likely influenced by the Silicon Valley being home to companies like Google, Facebook and Tesla.

But salaries in areas like the District of Columbia, Los Angeles and Austin are rising. The average Austin tech worker was offered $118,000 in 2017, a 7% increase from last year. Tech workers in Los Angeles and D.C. made 6% more in 2017, Mondo said.

In fact, Austin tech workers are the best off, with a cost of living adjusted salary of $202,000.

Seattle and Los Angeles tie for second place with a $182,000 adjusted salary.

Transportation technology companies pay the most to their workers, offering candidates an average of $145,000.

Compensation plateaus after age 45: Salaries for tech workers peak in their mid-40s at an average of $151,000, while subsequent offers decline and hover at $150,000 or less until retirement.

At what rate are companies hiring?

“I would say the pace or frenzy [of IT hiring] that we saw a couple of years ago isn’t quite the same—but that’s to be expected,” John Reed, senior executive director of IT staffing firm Robert Half Technology, told Computerworld.

“You have the scarcity mentality, and companies are competing for the same people, compensation is skyrocketing and people are overpaying,” Reed said. “Then once teams are built, it becomes a more normalized picture again: ‘We’ve got our staff now, so we won’t be adding net-new [IT employees] at the same pace, but we’ll replace as we lose people.’ I think that’s where we are right now—but it’s still incredibly competitive out there.”