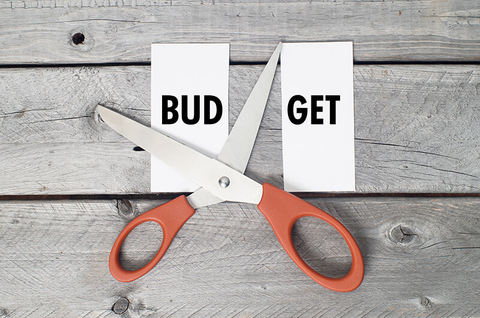 A survey by TEKsystems, a provider of IT staffing solutions and services, found that 40% of IT leaders expect their organization’s tech budget to increase in 2018, compared to 49% who thought so in 2017. Forty-four percent, compared to 39% last year, thought the IT budget would stay the same, while 16%, compared to 12% last year, expect it to decrease.

“It’s clear that 2018 will not be the year of increased IT budgets—those expecting IT budget increases are close to the lowest levels seen in the previous five years,” according to an announcement of TEKsystems’ annual “IT Forecast” report, based on the survey results.

What’s more, the 1,000-plus IT leaders the company surveyed in October 2017 showed less confidence in their IT departments’ ability to meet and support core IT, lines of business and new initiative demands. Confidence in meeting core IT requirements fell by 10% to 76% in 2018, while confidence about new initiatives remained flat at 59% year-over-year. Confidence in lines of business support fell slightly to 72% from 76% for 2017—still higher than the 60% rating for 2016.

“Organizations must examine this closely as the ability to simultaneously support core IT activities and new initiatives will have a significant impact on the business,” according to the statement. “These new initiatives, including Internet of Things (IoT), artificial intelligence (AI), augmented reality/virtual reality (AR/VR) and Blockchain, could weigh heavily on future success and partially determine whether they will disrupt—or be disrupted.”

RELATED: The SEC is watching blockchain, and CEOs should be too

IT leaders don’t feel any less pressure to enable innovation, however, with 85% responding that it’s expected of their departments. Only a third believe they’re transforming a part of the business today, though, and less than half—41%—expect IT to truly drive innovation two years from now.

“Improving efficiency, implementing new—and improving existing—IT applications and infrastructure top the list of business objectives IT will most need to support in 2018,” the report states. “Efficiency is a priority, and improving it—by introducing new technologies, strengthening existing infrastructure, tightening up internal processes or by reducing costs — will create room for IT to increase its role in transforming the business.”

IT budget increases aren’t disappearing, of course. Chief information officers at HPCs—public companies whose stocks outperformed the S&P 500 by 10% over a three-year period—are more likely to have annual budget increases, according to Deloitte’s “2016-2017 Global CIO Survey.” HPCs’ IT budgets account for a lower percentage of overall revenue—2.47%, compared to 3.30% of global companies—indicating that CIOs use their funding more efficiently, the report states. Additionally, they have more control over their budgets: CIOs at U.S. HPCs control 87% of the tech budget, compared to 77% for their counterparts at other companies.

Deloitte suggests that businesses looking to rework their IT budget strategies: