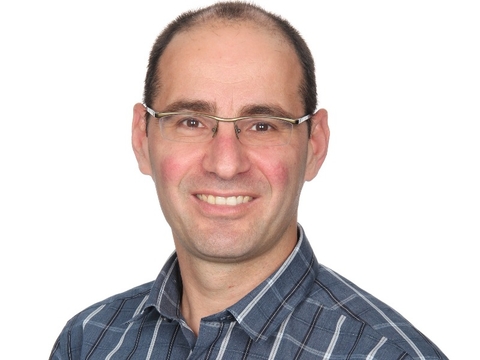 Gabby Nizri says he simplifies the process of technology.

He co-founded the company in 2007, when businesses were trying to keep up given great strides that were being made in the IT field.

But Nizri felt he had the answer to how to manage all the technology and still focus on business: “Automate as much as you can.”

Nizri and his team built software that he said is easy to use and eliminates many typical time-consuming, repetitive tasks for an IT department, such as password resets, server restarts and responding to system alerts.

“Because of the time it saves on routine tasks, companies can now allocate their resources toward getting ahead on the really important efforts,” Nizri said.

The company has had its own challenge: It relocated its headquarters from Israel to the U.S. in 2016, and “as we grow and add new people to all of our locations in Israel, New York and California, one of our challenges is making sure that we create strong teams that work together across geographies,” Nizri said.

This has involved some navigation. “Language barriers become global because you become more dispersed,” Nizri said. “There is also a disconnection because of time zones.”

But the effort was worth it, he said. “Israel was a small market for Ayehu. The U.S. was where we could grow our business,” including having venture capital opportunities.

Ayehu has plans to continue expanding by helping CEOs and CIOs create an automated “self-driving” company, allowing technology to do the routine work so humans can drive further innovation and move the enterprise forward, Nizri said.

Nizri said the company built its software to be easy to use and integrate with other major technology products a company has so that it works quickly and requires little to no training. It includes artificial intelligence capabilities that will automatically suggest new logical ways users can use the tool to make their jobs more efficient and productive, Nizri said.

“Many people are still leery of AI, but in our experience, using automation and artificial intelligence has helped our customers on many levels,” Nizri said. “We’ve never seen anyone’s job eliminated due to automation. On the contrary, we’ve seen them grow.”

When did you want to be a CEO?

I am from Israel, where innovation and entrepreneurialism are very much encouraged. So early on I knew I wanted to start my own company.

What is your favorite question to ask in an interview?

What makes you successful in what you do?

What do you believe is the most important trait in a leader?

The ability to build an executive management team around you, delegate responsibilities to senior managers and trust them.

My work keeps me up. I go to sleep late, as I don’t let my backlog grow.

What is the key to finding new opportunities for revenue?

Forward thinking, fast acting. Always look beyond the curve and there will be opportunities for success and revenue.