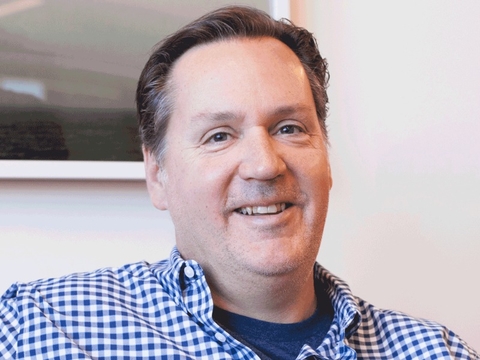 Frank Bien, CEO of Looker, is helping companies look deeper into themselves.

Bien’s company provides data analytics software that gleans information about businesses to help them improve operations. For instance, a retailer might turn to Looker to receive a real-time view of what is selling, what is not and what kind of inventory is on hand.

Until not too long ago, “the way data has worked has been difficult because getting the data and making it available in a reliable way has been really, really hard,” Bien said.

And although there are many other data analytics software firms out there, Bien says Looker has an edge. “We built a completely new architecture leveraging very fast databases and designed a new set of tools to go on top of the database,” he said.

Looker started out six years ago with tech clients such as Facebook and Uber, but as data analytics became more accepted clients became more mainstream, like Cigna, State Street Bank and The Economist.

All told, Looker has 1400 customers “and is growing fast,” Bien said. “There is so much hype in data, we have really put our heads down and focused on customers.”

Looker is backed by $180 million in venture capital funding from Google Capital G, Redpoint, First Round Capital and Kleiner.

Bien joined Looker as CEO about five and a half years ago after being introduced to founder Lloyd Tab. “When I saw what he had built I understood and started staying around,” Bien said.

Bien had been working in the venture-backed software field. He ended up helping three startups get to the point where they were acquired by other companies.

He had also worked in the technology departments of the Federal Reserve Bank and the U.S. Court of Appeals, positions he took after getting a degree in criminology.

He initially had mixed feelings about going into technology following a childhood where his father took the family around the country to follow the space program and dinners that were full of phrases like “new operating systems,” Bien said.

But, “It’s hard to deny who you are over time,” he said. “I’m really intrigued by how companies can use technology to do their thing better, whatever that thing is,” Bien said.

As for the atmosphere at Looker, many employees ride to work on a bike or a skateboard. “We wanted to build the best place you could work,” Bien said. To that end, once a year the company comes together “and identifies and documents what we like about being here and we hire and fire to that,” Bien said.

Some takeaways have been that staff enjoys strong relationships with customers, staff is encouraged to be curious and ask questions and the corporate environment will be such that you can get genius out of people and check egos to ensure employees have an open mind to other ideas.

Mostly I listen, but I do ask them to describe as best they can what Looker is.

How do you adapt and what do you learn from it?

What is the single most important trait in a leader?

Being able to understand what the issues are.

What is the key to obtaining new revenue?

What do you know now that you wished you knew five years ago?