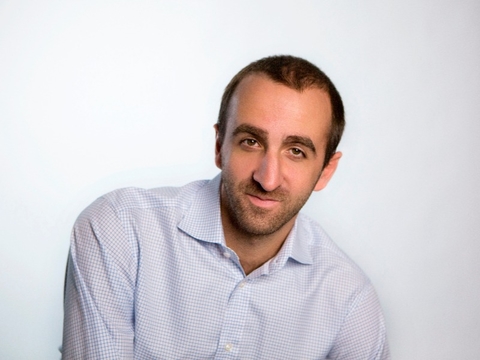 Fluent “is a place that connects brands with audiences,” Schulke told FierceCEO. “We work with advertisers to define what they want consumers to do, such as switching to streaming services from video, with Fluent only paid when the outcome is received.”

Fluent’s model is “predicated around the audience itself, with the company having dozens of websites flagging advertisers’ products and receiving four million visitors a day,” Schulke said. “We also collect data directly from consumers and in doing so we use their email addresses on other platforms.”

Throughout his career, Schulke has held senior roles in the performance marketing, direct response and database marketing industries. Before Fluent, he worked as media director for Clash Media, where he was tasked with helping to grow the company’s U.S. business. Earlier in his career, he held positions at MediaWhiz Holdings and Innovation Ads.

Fluent was founded in 2010 by Schulke and his friend Matt Conlin, who serves as president of the company.

“We always knew we wanted to do our own thing and we built out a business plan for the company,” Schulke said. “I never aspired to be a CEO, but we had this idea.”

The partners boostrapped operations until the end of 2015, when Fluent was acquired by public company IDI, a risk management concern.

Just last month, IDI, which Schulke describes as a nascent stage company, was spun off, with Fluent becoming an independent publicly-traded company.

“We were very thrilled to announce our name change,” said Schulke. “This strategic branding decision comes at a natural inflection point for Fluent and our brand. Since entering the public market in 2015 we have continued to execute on our roadmap and are excited to introduce the Fluent brand to Wall Street, as we have done among our peers in the digital marketing industry.”

And just this month Fluent increased the size of its board to five, adding former Epsilon CEO and industry veteran, Andy Frawley.

“His extensive experience leading and working with a range of clients from small digital businesses to the largest and most sophisticated marketing organizations and will provide an immeasurable asset to our team,” Schulke said.

Fluent is also staffing up. “We’re going to start to get extremely aggressive with respect to how we onboard, especially with senior managers,” Schulke said.

Plans include bringing entrepreneurs on to lead initiatives and hiring twice as many staff this year as last year, Schulke said.

The growth does come with challenges. “The space is extremely noisy,” Schulke said. “Just cutting through the noise and explaining our message is challenging.”

But, “We’re more profitable than ever, we’re growing at a rapid clip and we’re feeling good about what we’re going to be able to produce,” Schulke said.

What’s your favorite question to ask during a job interview?

What are you passionate about?

What is an important trait for a leader?

You lead from ahead but you have to treat people like people.

The notion of not being able to move fast enough.

What is a key way for driving new revenue?

Being very good at finding market trends and taking a data-driven approach.

Incentivize the things you want to happen and make sure everyone is working to that end.