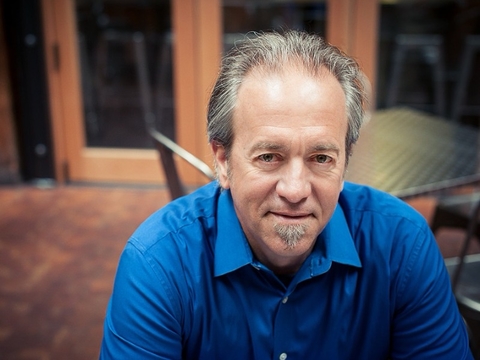 Former punk rocker Derrick Morton has taken his passion in the direction of gaming as CEO of FlowPlay.

FlowPlay is a games developer and publisher. It has an immersive gaming platform that powers community-based social games, including virtual worlds, social casinos, and sports wagering experiences.

Its two core consumer products are ourWorld, a virtual world for teenagers to hang out in and meet new people, and Vegas World, which provides a similar experience for adults, as players head to Las Vegas to play virtual games with people from all over the world.

Virtual gaming is a crowded field, and Morton told FierceCEO, “The biggest thing that sets us apart is our focus on communities. Our games are built to foster tight-knit communities of players that are engaged for years, not just days or weeks like much of the games industry.”

The community is so tight-knit, he said, dozens of gamers have gotten married. That’s in addition to the more than 65,000 people who have tied the knot in the Vegas World in-game chapel, he said.

Before starting FlowPlay in 2007, Morton spent time as a musician with the group Legionaires Disease, which once opened for The Clash.

Mostly in his career, he had creative and content executive roles at several online game companies including Real Networks, where he met his business partner, Doug Pearson, and set out to start their own company.

“When trying to envision where gaming was headed based on the convergence of virtual goods, virtual worlds and casual gaming and from there, FlowPlay was born,” Morton said.

The first challenge was raising capital. “It can take years of leg work to find the right investors that believe in what you’re doing and want to be a part of it,” Morton said.

The company found some heavy hitter backers and is funded primarily by Intel Capital and the creators of Skype.

Along with getting funding in place, “You have to find the right team members,” Morton said. “You have to build a team of people that are not just talented, but will contribute to a great culture that ensures people want to get up and come to work each day.”

Also, “there is about a two-year cycle of new innovations and trends coming out of the tech industry and a big challenge is figuring out which trends are worth investigating and acting on and which are just smoke in mirrors,” Morton said.

“With a key component in nearly all gaming platforms involving some sort of in-game exchange of digital goods, we see huge potential for the adoption of blockchain in the industry,” Morton said. “Through a decentralized blockchain system, games companies have the ability to integrate a simple and secure solution for in-game transactions, while integrating cryptocurrency opens the opportunity to allow consumers to trade virtual goods across different games--ultimately increasing the value of the game and a consumer’s investment in in-game goods.”

From a young age, I was always the guy who took on leadership responsibilities, so you could say that the CEO role is in my DNA. I reached a peak in how far I could go in creative and content roles however, in the late ‘90s and I knew it was time to make a change. I pursued an MBA at UCLA to become a more well-rounded leader and eventually turn CEO.

Even in the most technical roles, passion is vital. I always ask if and how the candidate uses their job skills outside of the office, and the excitement, or lack thereof, that comes through when talking about side projects really shows if a candidate is truly passionate about what they do.

Optimism. Every leader needs to have an infectious level of optimism that can be communicated to others and motivate their team, with a layer of empathy to ensure that optimism is authentic.

The unknown unknowns. I can control or at least mitigate what I know might be coming down the pipeline—industry, internal, or otherwise—but it’s the things that are entirely unknown that are what really keep me up at night.

It’s in the intersection of the Venn diagram of what your company is good at and what the market opportunity is. Because FlowPlay is focused on building online communities, the new revenue opportunities for us are in identifying new affinity groups that would be inclined to be highly-engaged in such as community setting.