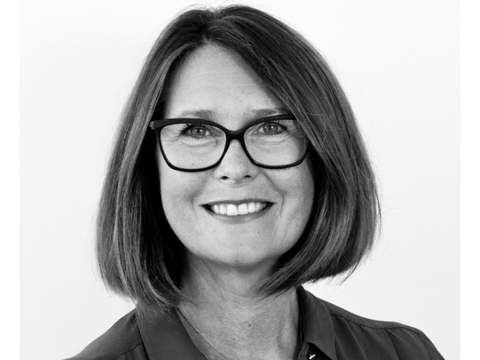 Her U.K. company, which recently expanded into the U.S., has machine-learning software that not only tags fraud, but is able to quickly clear cards that have been erroneously cited. The latter ability is important because it frees up employees to work with customers, King told FierceCEO.

Card fraud “is a global problem,” King said. She cited a 2016 Juniper Research study that predicted fraud numbers would hit $25.6 billion by 2020, meaning $4 out of every $1,000 spent online would be fraudulent.

King, whose pedigree includes several years as managing director of Yahoo Europe, said Featurespace is the sole company of its type to find previously unseen fraud attacks as they occur.

Featurespace’s technology has its own proprietary machine learning system, its own models that run inside the system and a user interface that allows the Featurespace customer to identify genuine fraud attacks and block them and identify genuine transactions and allow them to go through.

This is different from traditional fraud-spotting companies that write rules based on historic fraud attacks and are many steps behind by the time they are implemented, King said.

Customers in the U.S. include payments processor TSYS, which has roughly 650,000 merchants, and Worldpay in Europe and the U.S.

Featurespace opened an Atlanta headquarters late last year to “support our customers and build the business in the U.S.,” King said.

The company was borne out of machine learning research at Cambridge University and was established as a consultancy in 2005. Its founders were Cambridge Professor Bill Fitzgerald and his Ph.D. student David Excell.

Featurespace had the product, but didn’t have the application. Skin lesions, crop rotation and marketing services were all considered, but the company found its footing in 2008, when Betfair, an online sports-betting operator, asked Featurespace to build software to outwit fraud attacks.

After working in the gambling space, Featurespace found the financial services industry also faced similar fraud issues and the company started to offer the platform to banks and payments processors to help them use their own data better to fight fraud.

King came in as CEO in 2012, when the company underwent a restructuring. “We wanted to see if we could realize a far greater return,” King said.

Featurespace is venture capital and private equity backed, having raised $35 million since its inception. The latest round was last August, $21.6 million from a funding led by Highland Europe, a venture capital firm that invests in growth businesses. Worldpay Group plc, a payment processing company, and Invoke Capital also participated in the round as new investors.

The funds will be used to support Featurespace’s international expansion and continued development of the company’s software capabilities, the company said in a statement.

What motivates King? “I enjoy work,” she said. “I’ve had some terrific jobs and when I have a target I like to make sure it is exceeded.”

What is a chief opportunity for revenue growth?

Listening to your market and customers then building them the best product.

My active brain and my partner’s snoring.

What is one tip for motivating employees?

What do you know now that you didn’t know five years ago?

Machine learning will alter the way people work and already it protects consumers and companies from new fraud attack, while considerably increasing commerce.