Demand for eclipse viewers leads to glut of counterfeit inventory 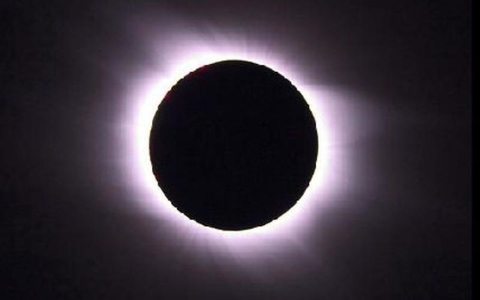 The Great American Eclipse on Aug. 21 will be especially lucrative for the manufacturers of the special eyeglasses that 500 million people in the United States, Canada and Mexico will need to wear in order to view the solar/lunar event safely. However, not only are the legitimate producers—brands such as Celestron, Explore Scientific and American Paper Optics—working 24/7 to produce the optics that everyone will need, but, according to an Aug. 10 report by The Wall Street Journal, so are counterfeiters.

Indeed, NASA has a list of reputable vendors posted on its website and has warned consumers, “Don’t be blindsided!” (PDF) about the distribution of unsafe viewers.

According to the WSJ report, the space agency issued the alert after “members of the American Astronomical Society and NASA bought random pairs from places like Amazon” and found that they let in too much light when worn outside.

The legitimate brands are being sold at Walmart, Toys 'R' Us, Amazon and other retailers, as well as at planetariums and by astronomy groups. Many paper-frame versions using thin filter film go for as little as $1 to $4 a pair.

But they are hard to distinguish from the fakes. Today’s counterfeiters are shrewd enough to put the international safety standard numbers—ISO 12312-2—on their filters, just like the real thing.

So how can a buyer judge whether the pair he or she plans to wear is safe? According to the American Astronomical Society, you shouldn't be able to see anything through a safe solar filter except the sun itself or something comparably bright—such as the sun reflected in a mirror, a sunglint off shiny metal, the hot filament of an unfrosted incandescent light bulb, a bright halogen light bulb, a bright-white LED flashlight (including the one on your smartphone) or an arc-welder's torch. All such sources should appear quite dim through a solar viewer. If you can see lights of more ordinary brightness through your eclipse glasses or handheld viewer, and you're not sure the product came from a reputable vendor, it’s no good.

Lance Lucero, product manager for astronomy at Torrance, California-based Celestron, which produces EclipSmart Solar Safe Products, told the Journal that he wished his company had planned to produce more inventory early on.

“We are kind of kicking ourselves because we’re in a position where we’re actually selling out of most of our [stock],” said Lucero, whose is available at Best Buy.

Celestron will not be able to get any more viewers off the production line in time for the event later this month, he told the busness news outlet—estimating the company may have missed out on selling “millions” more.

“Dealing with trying to make so much of something in such a short time is a lot,” competitor Scott Roberts, president of Springdale, Arizona-based telescope manufacturer Explore Scientific, told the WSJ.

Explore Scientific has sold 4.5 million pairs of the special glasses since the beginning of the year direct to consumers as well as to companies such as Toys “R” Us and Kroger. “It’s the first time in my company where we’ve had such a huge bump like that,” said Roberts, who believes he will have enough supply.