New Epicor CEO takes to the road to meet with customers, employees 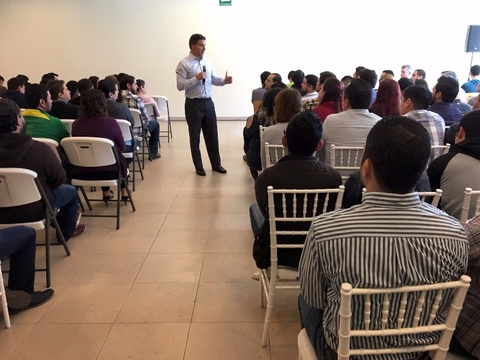 On the job just two months, Stephen Murphy has already immersed himself as CEO of business software maker Epicor Software.

The company develops, manufactures and sells software used to help make such things as cars, windows and cigarette lighters. Murphy has spent the last eight weeks paying calls on employees and customers. Epicor’s customers are in the manufacturing, distribution, retail and service fields, and the company has over 20,000 customers in 150 countries.

During his travels, Murphy said he “discussed needs, desires and wishes of some of the companies Epicor does business with” and solicited feedback.

The company, with $1 billion in annual sales and 3,700 employees, is playing in the big leagues, counting Microsoft, SAP and Oracle among its rivals. Competing against these titans, “is our biggest challenge,” Murphy said.

His message to clients, who include Unilever, Energizer and Electrolux, is that Epicor is a better value, Murphy said. “We’re selling the financial value of the product. In the past, in many cases, we did not do that.”

He also spent time with the company’s software developers—a key cog in the business. “It’s a concern,” Murphy said. “There is a lot of competition and we want them to stick around.”

Before joining Epicor, Murphy was president of OpenText, a developer of software for document management. He has been a technology industry executive for over 20 years.

His goal at Epicor is to “make sure I maintain our culture.” This includes the values of “respecting our employees and our customers,” he said.

Of his management style, one lesson, he said, is to “slow down a little bit and be a better listener.”

To be an effective leader, “there must be a willingness to be painfully honest,” Murphy said. “It goes both ways.”

As for anyone he hires, they must be “genuinely interested in our business,” he said.

And for CEO advice or just to commiserate, he needs to go no further than his brother, Dennis, who holds the same title at builder Hayden Homes.