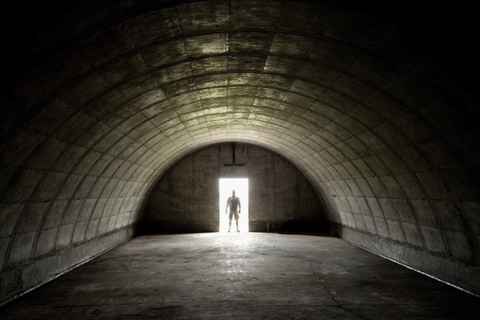 Everything old is new again—and that includes fallout shelters, battery systems and water storage containers, as Americans stock up on survival gear during a war of words this month that “has gone nuclear” between U.S. President Donald Trump and North Korea's supreme leader, Kim Jong-un.

Some companies that specialize in selling items to people planning for the worst—so-called doomsday preppers—say they have seen a major bump in sales during the faceoff, according to an Aug. 11 report by The New York Times.

In fact, given the numbers of survivalists—as many as 4 million, according to some estimates—and their eagerness to stock up, prepping could well become a multibillion-dollar U.S. business.

For those Americans old enough to remember the “duck and cover” school drills of the 1950s, this is all déjà vu. Prepper companies sell a wide variety of supplies, from a Superpail that contains 41 pounds of pinto beans sold by Emergency Essentials of Orem, Utah, to a basic “bugout bag” of necessities needed to survive 72 hours from the Ready Store of Draper, Utah.

Vivos has a “community” of 500-plus private, underground luxury bunkers in the Black Hills country of North Dakota. In a statement on its website, the company claims: “This former Army Munitions Depot, with 575 hardened concrete military bunkers, is now being transformed into the largest survival shelter community on Earth, with potential accommodations for 5,000 like-minded survivalists.” Each family-size shelter goes for about $25,000 for a 99-year lease.

For those who don’t want to go with a luxury fallout shelter, Mobile Mini of Phoenix offers storage containers and shipping containers that can be purchased for as little as $1,000 to $5,000.

Keith Bansemer, vice president of marketing at My Patriot Supply of Sandpoint, Idaho, which sells bulk food, water devices and seeds, told the Times that customers have started snapping up the company’s 6-month food supplies. They wanted to do something to feel more secure, he explained.