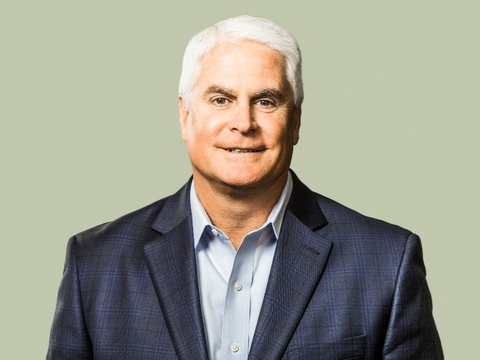 Delphix CEO Chris Cook is in the business of changing the way companies access and use data.

Delphix provides personal data environments for builders and development teams to use to deliver software that keeps pace with customers and changing market dynamics.

“The company enables the free flow of data so that businesses can move at a much faster speed,” Cook told FierceCEO. “Our mission is to free companies from ‘data friction’ and accelerate innovation.”

Speed is of the essence

Delphix also makes it possible for companies to access their data quickly and more securely, Cook said. “We do so by provisioning self-service data environments, called Data Pods, allowing data consumers to have faster application development, cloud migration and innovate over 100 times faster.”

Delphix knows the importance of speed and designed its platform so that companies no longer have to wait weeks or even months to do things like analyze customer data or test the next version of a mobile application they want to release, Cook said: “This helps large enterprise companies adopt new technologies and compete.”

Within all that data “lies tremendous value and opportunity, but it is suppressed,” Cook wrote in a company blog post. “Friction is the enemy that keeps companies from realizing the value of their data. This data friction shows its dark side in many forms, making data slow, costly, inaccessible, and risky.”

Delphix was founded in 2008 by Jedidiah Yueh, who is still with the company as executive chairman. Cook, who has over 25 years in the enterprise software field, joined Delphix in 2016 after serving as president and COO of software analytics concern New Relic. Cook said he spent 5 years building up the company, which then went public in 2014.

Delphix is headed in the direction of an IPO, following four rounds of venture capital funding totaling $119.5 million over the last 9 years. The funding was:

Cook would like to see the company go public as a “validation we built a valuable company.”

But while the venture backers would like to ultimately cash out, Cook said he is not in any major hurry.

Understanding your markets and the value you bring to clients and knowing where the cross-section of those two things occurs.

If you’re not aligned with your market, you have to move. And the faster you can move, the better off you are.

On a scale of 1 to 10 (1 being lowest and 10 highest), how much of a priority do you place on the following things at your company: people, process and technology?

Personal touch. Let them know you care about them and are connected with them.

You should be excited to come to work on Monday. If you have that, everything else takes care of itself.