David Wenger, CEO of Bridge Connector, is out to change how healthcare systems communicate 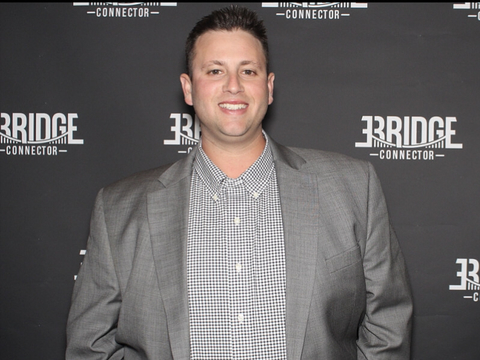 David Wenger, CEO of Bridge Connector, wants to revolutionize the way healthcare systems communicate with each other.

To do so, Bridge Connector uses an iPaaS (Integration Platform as a Service) system that connects customer relationship management (CRM), electronic medical records (EMR) and numerous other systems to streamline data flows.

“The goal is to enable healthcare organizations to automatically transfer data between disparate systems, via a seamless solution,” Wenger said.

Bridge Connector “offers an inexpensive solution to an expensive problem,” according to Wenger. “Our iPaaS system is prebuilt and ready to help organizations streamline their data flows, allowing them to focus on their patients, rather than management and accuracy of their data.”

As soon as a new patient is admitted into a practice, the client healthcare provider triggers the record transfer through the Bridge Connector interface, and the new patient chart is created, reducing the time it takes to admit a new patient and eliminating data entry error, Wenger said.

The service is sold through subscriptions ranging between $500 and $3,000 a month, per integration.

Wenger applied his background in healthcare and marketing to create Bridge Connector.

He was president for five years of Marketran, a marketing and advertising agency focusing on small- to medium-sized businesses in Palm Beach County, Florida, where he oversaw management, sales and client relations.

Wenger's father was a doctor who told him about the onerous process of shuttling medical records back and forth between offices.

He kept that in mind when he led a project to build an integration for a behavioral healthcare facility’s documents. The project lasted six months, was declared a success, and another six months was spent building it into a platform. That was the beginning of Bridge Connector.

The business was launched by Wenger just about a year ago and is venture capital backed with $4.5, million led by Tampa-based emerging technologies firm Axioma Ventures LLC, itself backed by Howard Jenkins, former CEO of Publix Super Markets.

There are no plans to raise more capital, with the company expected to be at the break-even point in the next couple of months, Wenger said.

“We plan to grow the company organically, as fast as possible,” Wenger said. “We don’t plan to go public but the way we are growing, anything is possible.”

I always wanted to be an entrepreneur and lead a company for growth.

How late do you work every day?

What is a key trait of being a leader?

Will my business do what I envision it doing?

Where do you find new revenue sources?

[We're] sticking with our core, and the revenue stream will come.