David Okuniev, co-CEO of Typeform, uses software to create a raft of forms 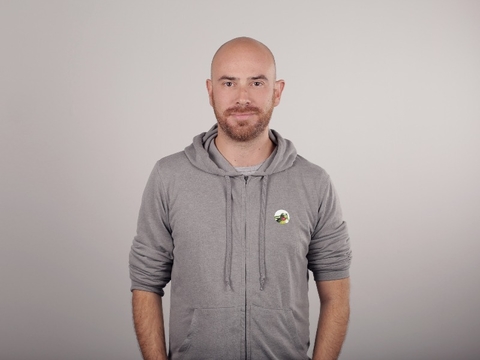 David Okuniev turned a single project into a business. (Typeform)

David Okuniev, co-CEO of Typeform, says his company makes it easy to create surveys, job applications and other forms online for business and casual users.

Typeform’s software is used to produce everything from procedural forms to polls and quizzes.

“Regardless of whether you’re an individual, a small business or Fortune 500 company, we can serve you,” Okuniev told FierceCEO.

One of the most frequent uses for Typeform’s software is to create surveys, and here it goes up against giant online survey software concern SurveyMonkey, which, earlier this month, disclosed it is going public.

Okuniev said that while SurveyMonkey is a competitor, Typeform has its own unique attributes.

He and Robert Muñoz, who co-founded Typeform in 2012, both have backgrounds in the arts and design. This gives Typeform a leg up in the business, Okuniev said. Muñoz is the other co-CEO.

Both of their design experience is in the UI and UX fields, which involves building a website or app. UI design is the artistic side, taking care of how the site or app appears. UX design is the more common-sense side, making sure the assembly is solid.

Typeform grew out of Okuniev and Muñoz working on a design project for a maker of bathroom fixtures.

“We were uninspired by the forms found on most sites,” Okuniev said. “So, we decided to develop something beautiful that would drive better engagement with people.”

Their efforts were a success and the duo decided to start the company. “Our web-based platform delivers a beautifully designed product, which makes building forms easy and intuitive even for non-technical users.”

The company has roughly $52 million in venture capital and private equity backing. Its last and biggest round was $35 million in series B funding last September, led by General Atlantic. Typeform also secured $15 million in series A financing in September 2015, led by Index Ventures.

Typeform calls what it does “Conversational Data Collection,” an approach to helping people start conversations with their key audiences.

“We’re creating this category because today’s data collection process is impersonal, and misses the human connection,” Okuniev said. “Just like in real-life conversations, asking the right questions to the right people in the right context results in completely different responses. It’s key to have a humanized dialog when creating online forms in order to ensure the best and most useful outputs are received.”

One question is how companies and individuals benefit by using Typeform instead of a traditional form. Typeform “combines the flow of real-life conversation with traditional web forms to create a more natural user experience,” Okuniev said. “Using this conversational approach to data collection allows businesses to easily and quickly engage with their customers and employees—offering them a decluttered, one-question-at-a-time user interface.”

David Okuniev: I don’t know that I ever really intended to be a CEO. In fact, it’s the most difficult part of my job. I’ve always been a designer, and still am at heart. As our Typeform grew into a business and eventually formed into where we are today, CEO was something I walked into.

FierceCEO: What's the single most important trait for a leader?

Okuniev: Vulnerability. Being a joint-CEO, Robert and I realized it’s all about being totally vulnerable in front of each other. In doing so, you create a lot of trust.

Okuniev: Sometimes there’s this imposter syndrome where I’m left wondering about myself and my business partner, "Are we really good enough?"

FierceCEO: What's the key to finding new opportunities for revenue?

Okuniev: We are dedicated to providing a product that people love, and helping our customers collect valuable information about the people they want to know more about. The future for Typeform is continuing to build upon that.