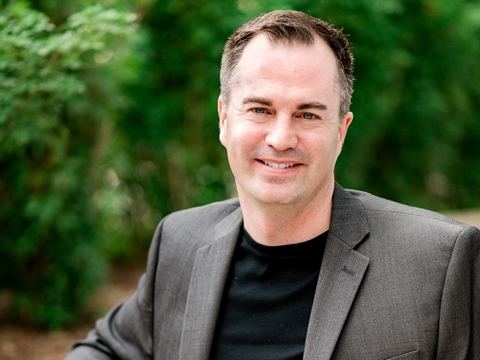 David Ciccarelli, CEO of Voices.com, is out to revolutionize the voice-over industry.

Instead of using professional studios, Voices.com voice actors use the internet, often recording from studios in their homes. They upload the voice-over recordings to Ciccarelli’s platform and clients can access them.

All sorts of recordings are done, ranging from commercials to audiobooks to global advertising campaigns, Ciccarelli told FierceCEO. “With more than 200,000 voice actors (some professional and some who do it on the side) we provide our clients with the right voice for their project.”

The voice-over actors sign up on Ciccarelli’s site, as do the clients.

After opening a recording studio, he met his wife Stephanie, a classically trained singer, who had come to his studio to record music demos. Ciccarelli said local businesses had already approached him to record voice-overs for their advertisements. Around the same time, actors began reaching out to him to be considered as the voice-over talent for those ads.

“It was then that Stephanie and I realized voice talent needed an innovative platform to record and audition for jobs online, rather than the traditional method of recording in studio or mailing tapes and CDs,” Ciccarelli said. “We wrote down the idea on a napkin in our apartment, sold my recording equipment, and purchased the domain name, Voices.com.”

After drawing up a five-year strategic plan, it became clear that the company would need significant financial resources to execute its plan. Ciccarelli first assembled a list of the investors that had expressed interest in the company in years past and reached out to them to schedule meetings, ultimately resulting in a roadshow that brought him to Toronto, New York, Boston, San Francisco, Silicon Valley and Los Angeles.

“As the list of interested investors whittled down, we received a number of term sheets,” Ciccarelli said. “In the end, Morgan Stanley provided the best terms,” with its venture capital arm supplying $18 million in late June.

With the capital in place, he used a portion of the proceeds to acquire his main competitor. “I approached the founder and CEO of Voicebank.net, expressed our interest in establishing a partnership and suggested the idea of a transaction,” Ciccarelli said. “In short order, we completed both financial and legal due diligence and completed the transaction, the first acquisition of my career.”

Next up are plans to go public within five years to allow further expansion.

“My career is marked by several firsts; however, I sense that there are many more to come,” Ciccarelli said. “I’m excited at the prospects for our growing company and intend to develop the skills to lead our industry for years to come.”

Changes at different stages of our company—making sure we’re executing our plan.

How important is diversity to your organization?

How do you hire employees?

We look for people who are curious, competitive and clear on their career goals, and who have a great attitude, are teachable, and show initiative and passion. Those applying to Voices.com need to have the skills, dedication and desire to be part of something bigger than themselves. We’re looking for people who care about our customers, the industry and who think like a business owner.

What are Voices.com’s core values?

Voices.com has four core values—innovation, growth, excellence and integrity—that inform all aspects of our business, from who we hire and how we train to the projects we take on.

What do you consider the most important qualities in a leader?

Having a collaborative versus a competitive mindset. Seeing others as potential collaborators can unlock opportunities you weren’t expecting. Be they customers, industry advisors or other influencers in your community—listen, learn and act on their advice. For leaders of disruptive business in particular, having stamina, creativity and tenacity are critical.