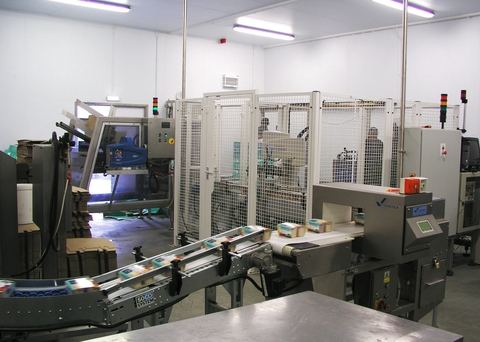 The growing use of robots is causing serious distress for some workers, a study says. (TM Robotics)

The increased use of robots in the workplace is having deeper impacts on employees than originally expected, with physical and mental health deteriorating for some, a study found.

The fear that a robot or computer could put workers in the unemployment line may be directly linked to some of these issues, say three Ball State University researchers and a Villanova University professor in a paper published in Social Science and Medicine.

“While estimates of potential job losses due to automation vary for our nation—with one as high as 47%—most people agree that the risk of automation is significant and growing,” said Hicks in a statement.

People who live and work in areas where automation is taking place "are sickened by the thought of losing their jobs and having no way of providing for themselves or their families,” he said.

“The actual and felt threats from automation may not immediately manifest into [deaths], but the increasing prevalence of poorer self-reported health and feelings of deteriorating physical and mental health can have a direct and lasting impact on individuals, families, and communities,” Hicks said. “While we cannot fully unpack the black box between county-level automation risk and health, it is important for policymakers to understand the health effects of automation risk.”

What does Corporate America say?

While the researchers paint a dire picture, corporate executives are mixed about whether robotic units will create or destroy jobs. Those who say there will be a downsizing include cybersecurity entrepreneur Paul Szyarto. “Of course, robots will force workforce attrition,” Szyarto said. “Industries are already feeling the impact of technology at all economic levels, but soon, robots will be replacing the day-to-day worker.”

The reasons include “robots will never complain, they have an initial capital expense, low cost of operation, they will work 24 hours, 7 days a week, are highly efficient, and in the end, will probably save companies tons of money,” Szyarto said. “What will people do? Everyone will either need to change their mode of operation by getting smarter or opening new markets that are solely dependent on the hands and reasoning abilities of human beings.”

Edtech firm MindEdge surveyed 1,000 U.S. managers about the rise of robots and AI in the workplace and found that nearly half (42%) of American managers say that automation and robotics will lead to a net loss of jobs in their respective industries, compared to 18% who say that automation will help to create jobs.

Following are the percentage of managers—broken down by industry—who told MindEdge their employees are worried about losing their jobs in the next five years:

But there are those who do not see much of an impact on jobs.

"I'm often asked the question: ‘Does automation make people lose their jobs?’ No, it is very rare,” Tony Beeston, product marketing director for CA Technologies, said in a May article in ITWeb. “What I have observed is that automation allows people to do two things: get back to doing what they were originally hired to do, and allow businesses to be more creative by bringing new services.”

“While the productivity and efficiency benefits of automation are unequivocal, the need for skilled humans to operate, utilize and advance technologies is equally unmistakable,” said Linda Galipeau, CEO of Randstad North America, in a 2017 interview with Recruiting Daily. “And, we know that real connections aren’t made from algorithms or robots, they require human involvement and irreplaceable abilities such as empathy, communication, engagement, intuition and instinct.”