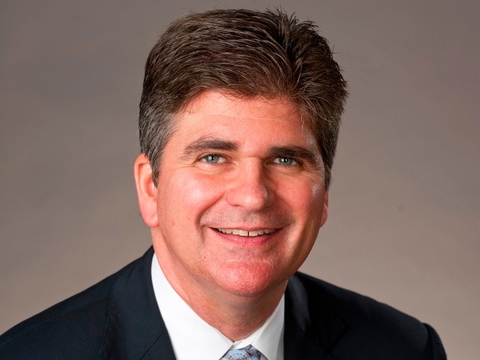 Through town halls, an open-door policy and plain stubbornness, Chris O'Malley, CEO of Compuware, is steering the mainframe software provider out of a gully.

The company was in critical shape when he joined in mid-2014 as president, as systems like distributed computing and the cloud were taking the place of mainframe software popularity.

“Compuware was reaching a tipping point,” O’Malley told FierceCEO. “The end was on the horizon.”

Soon after O’Malley joined the company, which traded on the Nasdaq, it was taken private for about $2 billion by private equity firm Thoma Bravo.

O’Malley was named CEO of Compuware while another part was split off.

He set about making changes, like holding weekly and biweekly town hall sessions, even though initially he was met with some strong opposition from groups that stayed in the back of the room. There was even talk of sabotage, O’Malley said.

His solution: Have them into his office to discuss their grievances, which largely involved not wanting to change, and staying in touch with them. “I had to get people excited about a vision,” O’Malley said.

O’Malley, who has 30 years of IT experience at large and small companies, also set about making changes to the way things were done. Compuware began operating more like startups, “which have quick development cycles and get right to customer needs,” O’Malley said.

Software products started rolling out, including those related to testing, source code management and application visualization.

All told, in each of the last 13 quarters, Compuware has introduced new products, integrations and enhancements, O’Malley said. That compares with no new products in the 15 years before he joined.

While O’Malley wouldn’t discuss much about the Compuware of old, he said the current company is doing about $250 million in annual revenue.

Revenue has grown at 8% to date this fiscal year, which ends March 31, 2018, he said.  New license bookings have grown 25% in the same period and have now grown year over year for the last seven consecutive quarters.

Prior to the new owner and management, new license bookings were in double-digit declines, O’Malley said.

The turnaround “was with the same people that were here when I started,” except for the management team, O’Malley said. “We had basically no restructuring during the company’s transformation.”

As for going public again, O’Malley sees it as a possibility, but says, “We’ve got more work to do before we reach that.”

The company “has gone to inspiration from desperation,” he said.

When I was very young. As a kid I lived near a senior executive of General Mills and I knew I wanted to be like him when I grew up.

Innovation and competition are moving so fast you have to continuously improve and respond.

We look for people in the top of their class. We go to college computer science departments to try to get them excited.

It’s everything. You have to have that passion, discovery and learning desire.