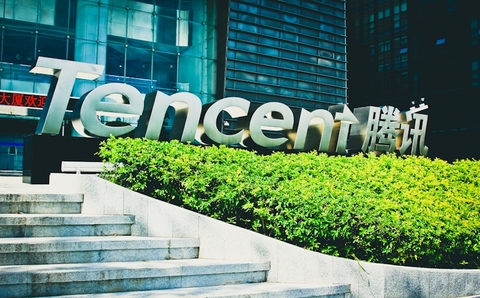 China's Tencent is investing in Silicon Valley's medical technology and bringing it back home. (Tencent)

Shenzen, China-based Tencent,— the only firm outside the United States that counts itself among the world's top ten most valuable companies—is known for its investments in social media apps, including QQ, one of the most popular instant messaging platforms in its home market. However, recently the company started taking a healthy interest in biotechnology and digital medical ventures, according to a Sept. 1 report by CNBC.

Indeed, while Silicon Valley's medical technology entrepreneurs already have a large coterie of local investors; many are now looking across the Pacific for financing.

According to data platform Crunchbase and venture fund Rock Health,Tencent has begun investing in a number of innovative California startups that are providing medical technology that would be useful in China—among them:

What’s more, CNBC reported, Tencent also is investing in less direct ways: The company led a $155 million round in health and artificial intelligence financing for the firm, iCarbonX—also based in Shenzhen, with an Israeli R&D center. Following that round, iCarbonX closed a $100 million deal with the U.S.-based patient social networking company PatientsLikeMe. Together, they plan to “pull … together your experiential, environmental, biological and medical information to create a digital version of you” that will help cure diseases. At the time, the companies did not share whether they intended to expand PatientLikeMe's operations to China.

Although Tencent declined to provide CNBC with a comment on its investment strategy, Ted Driscoll, a Silicon Valley-based medical investor with the Chinese investment firm Decheng Capital, told the news outlet, "The healthcare problems in China are huge... They [Chinese investors] are interested in any startups that have a novel way of dealing with it."