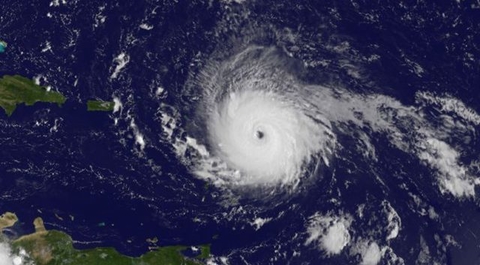 A free app called Zello Walkie-Talkie is helping isolated or homebound Hurricane Irma victims get the word out. (NASA)

Free app could help hurricane victims get the word out ASAP

Some sectors actually are profiting as the weather turns troublesome: airlines, hotels, bottled water, batteries, rubber gloves, timber and gas. But one you might not know about is an app called Zello, which enables users to adapt their smartphones into walkie-talkies or two-way radios, so long as they have a network or Wi-Fi connection. Users can join channels and instantly send voice messages or photos. Zello is free to use and doesn't have ads, but the company makes money through a paid version called ZelloWork for businesses. Downloads of the app spiked during Hurricane Harvey, and now, as all eyes are on Irma, Zello is No. 1 on the iTunes charts. (Business Insider)

How valuable is your personal data? Kaspersky Lab, a Moscow-based cybersecurity firm, forced consumers to consider that question early in September when it opened a pop-up shop in London that only sold products in exchange for customers’ personal data, not money. In partnership with London street artist Ben Eine, Kaspersky Lab ran the experiential pop-up called The Data Dollar Store, in the Old Street underground station. The goal was to encourage consumers to recognize the value of their personal data. The shop's products, including artwork by Eine, could only be purchased using “Data Dollars”—photos, emails, and messages from the consumer’s phone. After purchase, the customer's personal data was then displayed on two full-length screens in the shop’s window. (Fortune)