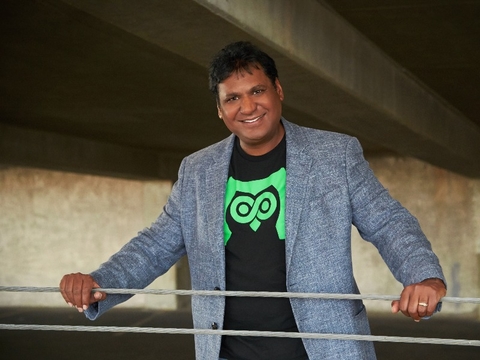 Arvind Raichur, CEO of MrOwl, is offering users of his site a more up-close and personal internet experience.

His platform lets people store and sort information on the web in a way that allows both personalization and sharing. Users of MrOwl can gather all types of digital information for their own use and also put it out broadly.

“As we have this explosion of information online people need a better mechanism to control, organize and collaborate with all that information,” Raichur told FierceCEO.

In accessing MrOwl through the internet or an app, people can look for information created by other MrOwl users, such as best places to hike, or make their own collection of resources.

Raichur said he was driven to launch MrOwl six months ago after “seeing how people want to control their internet experience. There is such a plethora of information. That is where you need a tool like this.”

The plan is to begin running advertisements on the site to bring money in.

Currently, MrOwl is funded by private investment groups that have supplied over $7 million, Raichur said.

The money is helping Raichur “continue to grow the platform and user base while focusing on providing a great user experience. We’ve combined what people like to do in one platform.”

Raichur said the work experience at MrOwl is also inviting. Half of staff are women, including in the executive and programming ranks, which Raichur said attests to the company’s commitment to diversity.

“Diversity is very important,” he said. “It gives you the best products with many viewpoints.” As for qualities in an employee, he seeks “smart people who are passionate about making the internet better.”

Goals Raichur strives for in terms of his employees include:

MrOwl is Raichur’s third internet startup. A lawyer by training, he co-founded AttorneyLocate.com and AllLaw.com, online attorney and legal directories that built communities around legal information. At the time, information on attorneys was not disseminated in an organized way. The companies were sold to Internet Brands in 2010.

I wanted to even as I was a kid. I always loved business and the creation of things.

You can’t be a leader unless you can inspire passion in people.

The ideas for what’s next—how to make tech better and better.

Look at how people are using your technology.

What do you know now that you wish you knew five years ago?

Finding a great peer group of other CEOs that you can use as a sounding board for advice.