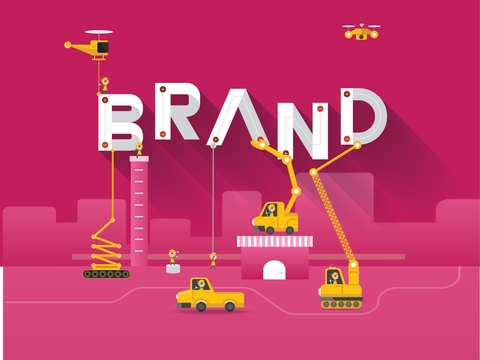 In a survey, almost three-quarters of brand advertisers engaged in programmatic buying are concerned about brand integrity.

Chief marketing officers are becoming increasingly concerned that digital advertising and programmatic, or automated, media buying are having a negative impact on brand reputation and customer trust, according to a new report. The CMO Council’s report, based on responses from 300 senior marketers and some of the council’s 13,000 members, indicates a loss of trust between marketers and agencies, agencies and publishers, and brands and customers, according to a MediaPost article.

The findings, released Sept. 26, “call into question the merits and flaws of the $40 billion programmatic advertising market, especially the risks of digital display ads appearing alongside objectionable content,” the article states. “About 72% of brand advertisers engaged in programmatic buying are concerned about brand integrity and control in digital display placement.”

A third of the respondents said they have “significant fear” about ads being placed in “inappropriate content channels” when they go through programmatic placement, and a third also have concerns about ad fraud or fake clicks, according to CNBC.

Of the marketers that use programmatic advertising, 67% said their media agencies should be primarily responsible for ensuring that ads appear in appropriate places, and 27% of respondents have pulled ads from digital channels because they were juxtaposed to hate content, according to the article.

U.K. retailer Marks and Spencer pulled ads from YouTube after some appeared next to undesirable content in March, CNBC reported, and last week Uber filed suit against Fetch, a mobile ad agency, alleging that Fetch billed it for fake clicks on its online ads.

“We are dealing with a day and age where massive brand incursions can come in from any direction, be it a security breach, or be it negative adjacency (of advertising next to inappropriate content) but we are seeing CMOs really taking a step and saying: advertising is no longer advertising for advertising’s sake,” Liz Miller, senior vice president of marketing for the CMO Council, told CNBC. “We are no longer placing (mass) ads to reach an audience to drive response. Advertising is a critical piece of the customer experience, and we are treating it as such.”

To improve trust, almost half of the survey’s respondents said they plan to develop digital advertising guidelines for their agency and ad-buying networks, 37% said they will rely on their media-buying company to manage placements, and 32% said they would handle placements in-house, according to MediaPost. Twenty-four percent said they will develop lists of preapproved publishing channels.

“I hope that smart agencies will also ask hard questions of their brand partners, to sit down and demand to be part of that strategic conversation,” Miller said in the CNBC article. “Far too many times I hear agency heads say: ‘Well, we never heard from the CMO about what that strategy was,’ and that’s awful, that is a terrible thing to hear.”