Women still largely shut out as CEOs of Fortune 100 companies 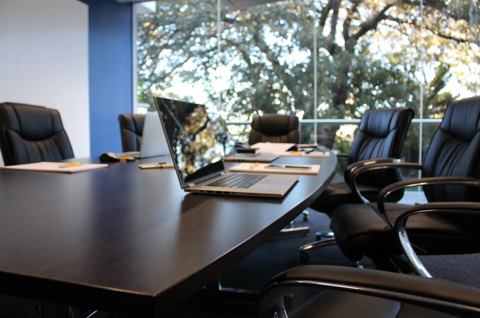 Despite much talk and debate about more women becoming CEOs, it still isn’t happening.

Of the 10 Fortune 100 CEO appointments in 2017, only one top spot went to a woman, according to an accounting by Russell Reynolds Associates. Gail Boudreaux, a former UnitedHealth executive, replaced Joseph Swedish at Anthem, the nation’s second-largest insurer.

In total, only seven of the Fortune 100 CEOs are women. The number dropped from eight when Meg Whitman stepped down from HPE early this year, turning the reins over to Antonio Neri.

In addition to Boudreaux, the other women CEOs heading up Fortune 100 companies are Mary Barra at General Motors, Safra Catz at Oracle, Marillyn Hewson at Lockheed Martin, Indra Nooyi at PepsiCo, Phebe Novakovic at General Dynamics and Ginni Rometty at IBM.

“Until you create an environment where cultures are more open and until you consistently measure putting diverse leaders into positions, we will not grow the population of candidates into CEO roles,” David Mills, a consultant with Russell Reynolds Associates, told FierceCEO.

Additionally, “the percentage of men is higher who have track records,” Mills said.

Karen Lynch, president of Aetna, said, “Women are underrepresented in the C-suite because we are still facing a severe disadvantage. Femininity is looked at as a problem and a barrier to being an effective leader. Being female doesn’t fit with the preconceived notions of what a senior executive should be.

“I faced it myself throughout my career—I was told I was too short, too blond, my voice wasn’t deep enough and that I wore too much pink,” Lynch said. “We women face unconscious biases in our everyday lives that deny us many of the opportunities that are given to our male counterparts.”

It’s been proven “that diverse workforces perform better by being a source of innovation and market growth,” Lynch said. “This is why more corporations need to partner with leadership institutes or create an internal initiative to develop programs aimed at advancing high-performing, high-potential women to the executive level. This is every company’s challenge, and it’s important that they all get involved.”

“I believe the challenges are real, but if addressed over the long term and with a multifaceted approach, can be overcome with time and intention,” said Christina Noble, chief growth officer at Sonora Quest Laboratories.

Some of the keys to transformation in this space include, she said:

“Several social factors cumulatively result in women’s being underrepresented in certain types of jobs,” said Radoslaw Nowak, professor at NYIT School of Management. “In general, women have been given fewer opportunities to learn on the job. They are offered fewer training opportunities, and they do not get the same developmental assignments as men or are not mentored because male executives tend to groom males who are similar to them in terms of characteristics and background.”

As a result, “after a few years of work, the resume of a woman will look weaker than resumes of her male counterparts, which results in a lack of opportunities to be promoted,” Nowak said.

"Sad to say, but we cannot hire what isn’t out there,” said Avani Desai, principal of Schellman & Company. “We can’t find women, at least not at the same rate as men. We need to fix this problem way before time for promotion.”

“We women have a mission-critical battle which is to fight against the gravitational pull of our own self-doubt to achieve 100% gender parity because we no longer need to prove that women can be incredibly successful leaders,” Desai said. “A culture change needs to happen and men need to promote what women can bring to the table.”

Workplaces, along with culture, need to be more accessible to women, Desai said. “We see most high-performing women taper off when they start having children. The burden of being a mother, a wife, and an employee is too much.”

Women “fall behind because of this life event and have a hard time catching up,” Desai said. “Male and female leaders need to transform the corporate culture to engage women in the workplace, especially as they start having a family. This means flexible work hours, promoting women's support networks, offering training, awareness on balancing work and life, and providing succession planning for women.”